WALL•E
BURN-E
83142 is a robot with a holo-screen on its face aboard the Axiom in the movie WALL•E. The function of this robot is unknown but one is seen carrying a tray at one point. There is one seen in the Repair ward. At the gangway, WALL-E bumps into one. One is seen at the end of BURN-E. Two unit are seen at the end of the movie on Earth. One is seen when WALL-E and EVE are escaping the Repair Ward. Two are seen scared of the rouge HAN-S. Another is seen before a Steward takes a picture of WALL-E and EVE. 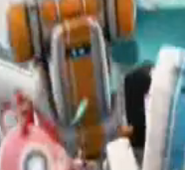 He is barely seen here 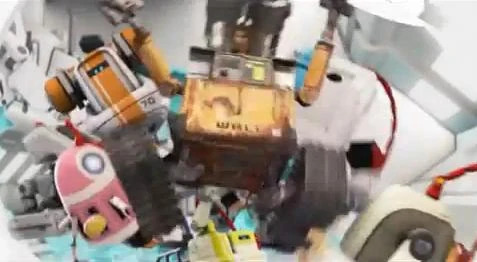