"Sheriff, I can see your dwelling from here! You're almost home."
—Buzz Lightyear to Woody

Andy's House is a location in the Toy Story series and the home of the Davis family, which consists of Andy, Molly, and their mother. It appears in Toy Story, Toy Story 2 and Toy Story 3. To date, the family has lived in two houses, moving out of the first in the original Toy Story and remaining in their second since.

The Living Room is where Andy's birthday party takes place in Toy Story and Andy plays with Woody before the event. When the party is underway, Woody sends Sarge and his platoon of Green Army Men to the room to report the gift results to the rest of the toys upstairs. Once they arrive, they take refuge in a houseplant, watching the gift-opening sequence from afar.

The living room in Andy's second house is never shown the films, but makes appearances in numerous video games.

Andy's Room is where all of Andy's toys are kept and where their stories and adventures begin in the films Toy Story, Toy Story 2 and Toy Story 3. The room is often used by Woody to hold a staff meeting for toys.

In Toy Story, Andy shares a room with his baby sister Molly. At first, Andy's room starts out decorated with cowboy themed decor. On the day of Andy's birthday party, a Buzz Lightyear action figure joins the toys in the room, and Buzz, unaware that he is a toy, thinks his spaceship has crash-landed on a strange planet. It is later seen that Andy's bedroom is located across the yard from Sid's room. Because of Andy's newfound interest in his Buzz Lightyear toy, the bedroom's cowboy-themed décor is replaced by Buzz-themed furnishing. At the end of the film, the toys settle in Andy's new room after the family moves to another house.

In Toy Story 2, at Andy's second house, Andy now has his own independent room. Because Andy now likes Woody and Buzz equally, his room is now mixed with cowboy themed decor and Space Ranger themed decor, and the walls now have a blue wallpaper with yellow stars. After Woody is kidnapped, the remaining toys use the room to investigate the theft while Buzz attempts to decipher the message behind the vehicle's license plate to trace the vehicle and kidnapper. Ultimately, Al McWhiggin, the proprietor of Al's Toy Barn, is revealed to be the culprit and Buzz, Mr. Potato Head, Slinky Dog, Rex, and Hamm leave the room to rescue Woody. When Andy returns home from camp, the toys have brought Jessie and Bullseye to the room and Andy happily accepts them as his new toys.

In Toy Story 3, set several years since the events of the second film, a grown Andy has kept his room. The room is shown to be littered with more posters, photos, stickers, and drawings on the walls, adhering to Andy's teenage interests, but the furniture and wallpaper remain the same. By the time the toys finally return to the room, it has been cleared. Mrs. Potato Head has also left one of her eyes in Andy's room, which helps her see what Andy is doing while preparing to depart for college. At the end of the film, the toys move out of the room and settle at Bonnie's house after Andy donates the toys to her.

In Toy Story 4, the room appears in flashbacks and is mentioned by Woody during a conversation with Forky.

"It's not in Molly's room. We've looked everywhere."
—Bo Peep, while searching for Woody's hat

Molly's Room is where Mrs. Potato Head, Barbie, Bo Peep, Bo Peep's Sheep and the rest of Molly's toys are kept in Toy Story 2 and Toy Story 3. In Toy Story, Molly initially did not have her own room, having to share a room with Andy. It was after the Davis' moved to a new home when she got her own room. This was revealed in Toy Story 2 by Bo Peep while all the toys were searching for Woody's hat. Her room is never seen until Toy Story 3, when Molly is rummaging through her old toys.

Woody: "You wait: Andy’s gonna tuck us in the attic. It’ll be safe and warm..."
Buzz: "And we’ll all be together."
Woody: "Exactly. There’s games up there, and books, and...and..."
Buzz: "The race-car track."
Woody: "The race-car track. Thank you!"
Slinky: "And the old TV!"
Woody: "There you go, the old TV! And those guys from the Christmas decorations box! They’re fun, right?"
—Woody, Buzz and Slinky, during the staff meeting

In Toy Story 3, the Attic is the place where a seventeen-year-old Andy intends to store his toys, except Woody, before leaving for college. When Woody and Buzz hold a staff meeting days before Andy's departure, they mention the attic as a place where they can all be together, being there for Andy. The games, the books, the old TV and the race-car track are all mentioned to be stored in the attic. However, at the end of the film, the toys end up not being stored in the attic, but at Bonnie's house, where Woody has thought it will be better for his friends.

Exterior of the Davis' old home

Exterior of the Davis' new home

The Davis' new home at the time of Toy Story 2

The Davis' new home at the time of Toy Story 3

The Davis' new home in the flashbacks of Toy Story 4

Andy's new bedroom at the time of Toy Story 2

The cloud wallpaper appearing in Andy's room in Toy Story 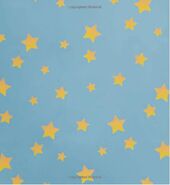 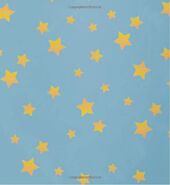 An alternate version of the star wallpaper appearing in Andy's room in Toy Story 2, Toy Story 3, and Toy Story 4 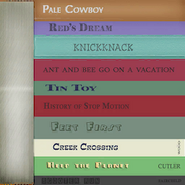 The titles on Andy's bookshelf in Toy Story and Toy Story 2
Polski
Community content is available under CC-BY-SA unless otherwise noted.
Advertisement