Babyface, also known as Spider Baby and Babyhead, is the leader of the mutant toys in Sid's room who appears in Toy Story. Babyface is constructed from one of Hannah's baby doll heads whose right eye is missing atop a crab-like body made from Erector set pieces. He is a focal character.

Babyface was one of Sid's first mutant toys. Babyface was first seen when Woody was searching for a way out of Sid's room. The appearance of the mutants alone sent Woody running back to the top of Sid's bed with Buzz. Babyface, along with the other mutants, crawled out of their hiding places, and swarmed around the remains of Janie and Pterodactyl, leading Woody and Buzz to believe they're cannibals.

Babyface also leads the rest of the mutant toys to meet Woody and Buzz the next morning, but they are driven away by Buzz's karate chop action. After Woody takes a broken Buzz back to Sid's room while Woody tries to plan an escape out the window, he notices the mutant toys are now crowding around Buzz. Babyface takes Buzz's arm from Woody, who thinks they're going to eat him. Woody's attack is stopped once he realizes they repaired him, as well as Janie and Pterodactyl. He later retreats with the others once Sid is heard. With Buzz planned to be blown-up by Sid, Woody calls to Babyface to help save him since the way out of Sid's room is guarded by Sid's vicious dog Scud. In response to Woody's emotional plea, Babyface bangs on Sid's bedpost in Morse code to call for the other toys to gather around Woody. Woody gives them a plan, and they set it into motion. Babyface lets Rockmobile, holding Hand-in-the-box, mount on him so that Hand-in-the-box is ready to open the door when the signal comes. After the Frog is let out of the room for Scud to chase after, Woody, Babyface and the remaining toys ride RollerBob, and they escape to the backyard.

Just as Sid is about to light the fuse for the rocket attached to Buzz, Woody interferes. He tells Sid about how toys are alive, and don't like how he's been treating them. At this time, all the toys that Sid has abused rise up and circle around him. Babyface frightens Sid by being suspended onto Sid's head by Legs from the clothesline. Once Sid has been scared out of his wits, Babyface moves its head up and down as Woody and the mutant toys rejoice.

Babyface has appeared in some Toy Story Treats episodes inside of Andy's room.

In "Hat Dance", Babyface does a Mexican hat dance around Woody's hat. Woody retrieves his hat, only to find it shredded by Babyface's sharp legs.

In "Shell Game", Babyface makes an unexpected appearance, popping out of a Troika chosen by Rex as a part of Robot's guessing game, effectively scaring Rex.

In "Team Work", Babyface is one of the many components of a makeshift antenna made of toys for Andy's television.

Babyface appears in the video game adaption of Toy Story, appearing in the level "Battle of the Mutant Toys" (credited as "Baby Face"). While Woody and Buzz explore Sid's room, they are startled by the appearance of Babyface and the other mutant toys. Woody uses Buzz's karate chop action to ward off the oncoming toys and escape Sid's room. In the Game Boy version of the game, Babyface is omitted, and a spider is put in his place.

Additionally, Babyface appears in a commercial for the video game, sending a controller to a boy in front of a toy store. After playing the game, the boy's head is now on Babyface's crab body. 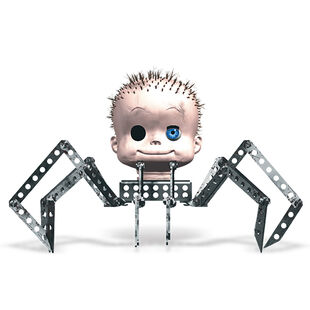 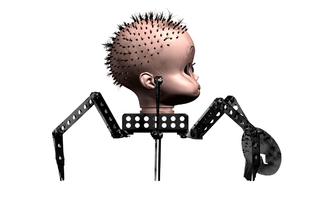 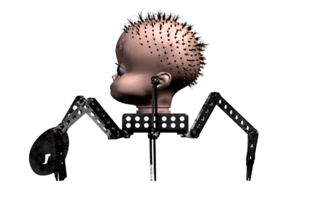 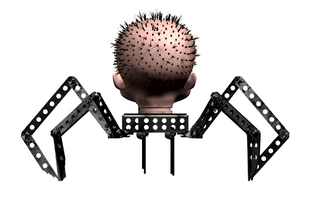 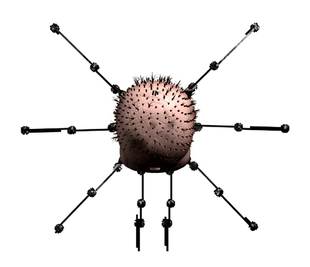 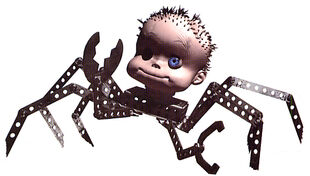 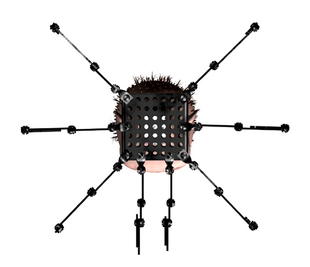 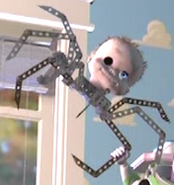