"Tha Mo Ghaol Air Àird A' Chuain", a Scottish Gaelic song from Julie Fowlis' album Mar a tha mo chridhe features in official trailers for the film, but do not feature on the soundtrack. 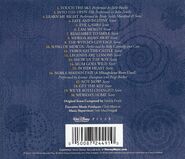 Back cover.
Community content is available under CC-BY-SA unless otherwise noted.
Advertisement