Bubbha is a Velociraptor in The Good Dinosaur. He is the leader of his gang.

"Raptors prey on the prized herd of longhorns that belong to Butch and his Tyrannosaurus Rex family. Raptors—or Rustlers, as Butch calls them—sport wiry, feathered bodies and hardly compare in size or strength to a T-Rex. But as a group, the Raptors pose quite a threat, and even a T-Rex may need to call in reinforcements before tangling with them."[1]

Bubbha with his pack facing Arlo and Spot 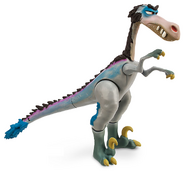 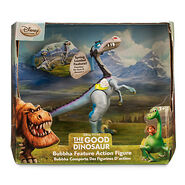