The Child Detection Agency (or CDA for short) is a group of monsters from the film Monsters, Inc.. They are a CIA-like group whose main job is to search and take away any type of children contaminant. They come in a wide variety of forms and all wear bio-hazard suits, to avoid contamination. If any human object appears in the Monster World, they arrive to destroy it using a metal dome that will cause whatever that's placed under it to explode harmlessly and decontaminate any who come in contact with such objects. Their decontamination methods are often painful: Anyone who has been decontaminated by the CDA will be forced to wear a plastic cone over their heads like a pet who has been given surgery and is not allowed to lick the wounds.

CDA Agent 001 is Roz, as revealed towards the film's end.

The CDA is first seen arriving at the Monsters, Inc. factory after Jerry calls the agents upon hearing Charlie's alert about a child's sock on George Sanderson's back. The agents arrive at the factory to remove the sock, which is then destroyed into smithereens, and its remains are vacuumed up. Then the agents decontaminate George by shaving his fur off, having him showered, and placing a cone on his head. The agents are seen again arriving at Harryhausen's after the Bartender calls the CDA about a human girl nicknamed Boo in the restaurant. They arrive at the restaurant and round-up almost every patron, including Celia Mae, for decontamination, and they envelop the restaurant in a gigantic green force field.

The CDA deployed in full force when all of Monstropolis became aware of the incidents of Boo's invasion into the Monster World, and the Monsters, Inc. facility was thoroughly searched for evidence. Upon learning that Mike Wazowski and Sulley are the ones who have brought Boo in, Mr. Waternoose tried to have the CDA arrest Mike and Sulley so that he could take Boo and forcefully extract screams from her, but they ultimately turned on him and arrested him when they learned that Waternoose would kidnap thousands of children to satisfy his own agenda.

When Sulley discovers that laugh is more powerful than scream, the Child Detection Agency no longer exists. In place of it, comes the Comedy Detection Agency.[citation needed] Their job also changes to solving if a joke is funny or not. However, it's unknown whether or not this is actually canon, because as far as we know, that name was only mentioned in "Monsters, Inc. Laugh Floor". Also, at the beginning of Monsters, Inc.: Laugh Factory issue number 4, the headquarters show the name "Crime Detection Agency" on the side.

The CDA makes an appearance in Monsters University. Following Mike and Sulley's intrusion in the Human World, an emergency was declared and the CDA was dispatched to take charge of the situation. Roz is seen overseeing the operation. 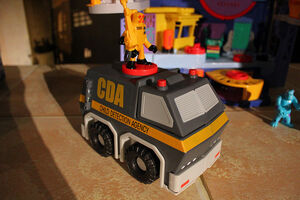 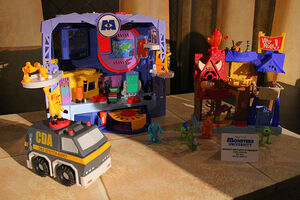 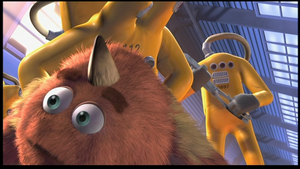 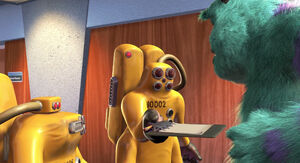 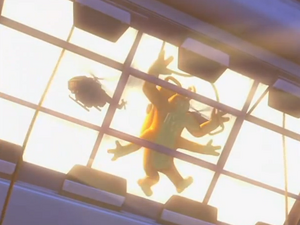 A member messes up in the bloopers 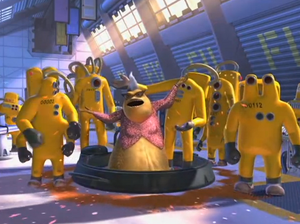 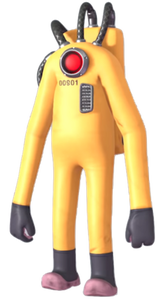 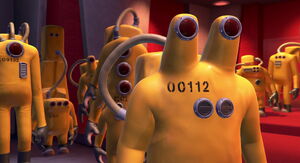