Based on Pixar's computer animated film, Cars 2: The Video Game follows the exploits of car characters Lightning McQueen and Mater as they train in a secret facility known as CHROME, short for Command Headquarters for Recon Operations and Motorized Espionage. They are joined by Finn McMissile and Holley Shiftwell as they attempt to become the car-equivalent of spies.

Up to 4 players can race in the game, which players can choose from more than 20 different characters and train to become world class spies. As part of their international training, players can participate in simulated hazardous missions using high-tech gadgets to evade and slow down adversaries.

On the PlayStation 3 and Xbox 360, there are several other characters that you can download and play in the game. Some of those characters, however, are from the first Cars movie and Cars Toons.

On the Nintendo DS, the game had a different gameplay. There is a story mode, which is the plot of the movie, with some setting that did not take part in the movie, and CHROME, where players can replay levels with unlocked characters with optional paintjobs.

Avalanche Software was working in close collaboration with Pixar artists to bring the humor and personality of the feature film to life, saying "Cars is one of Pixar's most successful and treasured franchises, so we are thrilled to be working with Avalanche Software again to extend our creative vision of the Cars 2 universe into the interactive medium", said Jay Ward, Cars franchise guardian at Pixar Animation Studios. "Avalanche Software has the technology, experience, and history in working with us to create the best-looking Cars video game to date. The team at Avalanche Software is working on exciting ways to combine the power of the franchise with new storylines and characters in Cars 2: The Video Game to create something unlike any other racing game", said John Blackburn, vice president and general manager of Avalanche Software. "The combination of racing, international locations and spy themes, and the beloved Cars characters makes Cars 2: The Video Game a truly unique game for players of all ages and skill levels to enjoy."

Despite the film's mixed reviews, the game has received positive reviews, with a score of 76 on Metacritic for the Xbox 360 version. IGN gave the title a 8 out of 10 rating. Stating that "Cars 2 is a great multiplayer game that rivals Mario Kart. Playing alone isn't quite as fun, but it's still a solid solo experience. The fact that there's little story doesn't really matter because you won't miss it, and don't let the license scare you off. Under all the Pixar beauty is an extremely fun game." The Official Xbox Magazine gave it a 7.5 out of 10 rating. Praising fun and polished racing but criticizing the fact that online play was missing from the title. Gameinformer gave the title a 7.75 out of 10 rating, Calling it a satisfying racing experience.

Christopher Healy on Common Sense Media awarded the game 5 stars, and called it "Great combat racing, but loads of gunfire and explosions.", stating "The mix of spy-gadget combat and fast-paced racing action in Cars 2: The Video Game is a really cool way to translate the secret agent theme of the Cars 2 film into video game form. While the fighting aspect feels a bit intense for young kids, it's presented in a way that is easy to pick up and incredibly fun and exciting for players who are old enough to handle it."

"The game looks and plays great. There are loads of ways to earn nitro boosts during a race -- jumps, stunts, backward driving, taking out opponents, etc. -- and using those boosts for last-minute surges to the finish line can be wildly suspenseful. There's a nice big selection of cars from the get-go, and by the end, you'll have a staggering amount of characters to choose from. Multiplayer is a blast, too (even if, perhaps, a bit too literally)." 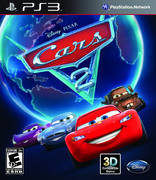 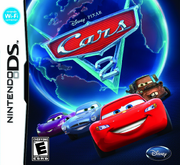 Cruisin' McQueen as he appears in Cars 2: The Video Game. 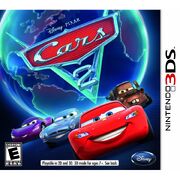 Add a photo to this gallery
Retrieved from "https://pixar.fandom.com/wiki/Cars_2:_The_Video_Game?oldid=216838"
Community content is available under CC-BY-SA unless otherwise noted.