The Chatter Telephone is one of the supporting characters in Toy Story 3.

Chatter is one of the oldest toys at Sunnyside Daycare. He can't speak unless his receiver is lifted from its cradle (although he said good luck to Woody with it on), and rings to get someone to pick up his receiver. He is very tough and speaks with a film noir style.

He is first seen when Andy's remaining toys arrive at Sunnyside and tries to warn Woody about how horrible it really is there, but Woody only thinks he's saying hello in a shy manner. He's later seen in the upper part of the Caterpillar Room and ringing to capture Woody's attention after the cowboy returns to Sunnyside to rescue his imprisoned friends. When Woody picks up the phone, Chatter Telephone tells Woody that he shouldn't have come back, due to Lotso adding more guards and patrols, but gives Woody advice by giving him an escape route of Sunnyside. He also warns about the Monkey who is monitoring the security cameras in the classrooms, hallways, and the playground and tells Woody to get rid of the Monkey before escaping Sunnyside. He claims that Lotso will never break him. However, in the end, Chatter is brutally beaten and ultimately broken by Lotso and his crew for helping the toys escape until he finally talks. He apologizes to Woody for this, but Woody fully understands what Chatter went through and sympathizes with him.

During the end credits, when Sunnyside is revolutionized into a cool and groovy toy paradise, Chatter is shown to be repaired (possibly by Twitch and Sparks) and happy. He is seen at a disco party that is held in the Butterfly Room.

On YouTube, Pixar uploaded four videos featuring Chatter Telephone explaining to Woody different Easter Eggs. In one video, Chatter mentions that he explained to Woody the Pizza Planet truck, and although no video was uploaded for this, many of the Pizza Planet truck appearances were detailed in a Facebook picture album on the Disney/Pixar Facebook page with Chatter Telephone. 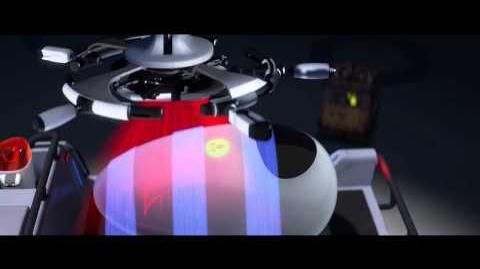 Chatter Phone Tipline A113
A113 in Pixar films 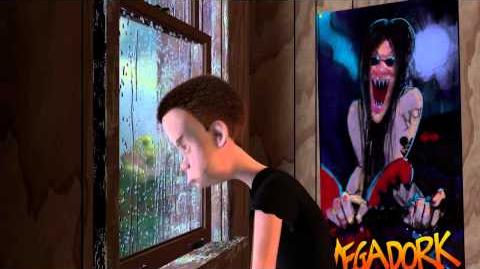 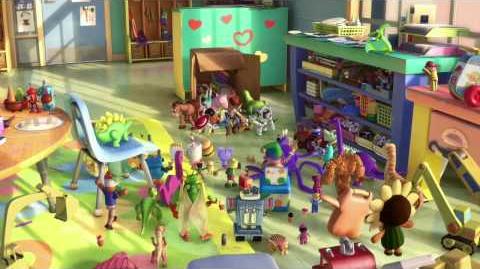 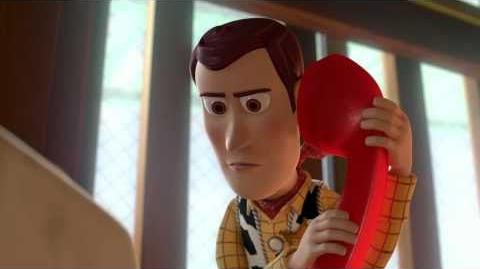 Chatter Telephone helps Woody by giving him an escape route of Sunnyside.

Retrieved from "https://pixar.fandom.com/wiki/Chatter_Telephone?oldid=202712"
Community content is available under CC-BY-SA unless otherwise noted.