Chick Hicks is the villain of Cars, and a supporting character in Cars 3. He is a green 1979 Shyster Cremlin. He races for the sponsor Hostile Takeover Bank. He is Lightning McQueen's (former) chief rival during the first movie. His nickname is "The Runner-Up", as he seems to always lose to The King.

In 2006, he is dastardly, dislikable, and downright desperate to win the Piston Cup, Chick Hicks is the perpetual runner-up of racing. For every second of his career, he has been second to best legendary driver The King. Not only is Chick obsessed with winning the Piston Cup after the umpteenth time of trying, but he also wants to land the Dinoco sponsorship once The King retires.

The biggest hiccup of Chick's career is when Lightning McQueen starts racing. Just as Chick got used to being second, he now finds himself third on the podium.

Chick Hicks' number one fan is himself. He thinks he is talented, handsome, hilarious, and he is proud of his mustache (grille). However, apart from his team and pit crew, nobody else agrees. Ruthless Chick gets his kicks out of watching other cars lose. Even his sponsor, the Hostile Takeover Bank, isn't very nice, but it suits Chick as he often overtakes his opponents with hostile driving.

For Chick Hicks, the end justifies the means. This race car resorts to dirty tricks in order to win the Piston Cup, slamming, nudging, and knocking his opponents out of the way as if they were bumper cars. Both Lightning McQueen and The King take tumbles thanks to Hicks.

Some of the other pit crews think Chick Hicks' team is the pits. Full of sycophantic pitties, his crew all laugh at Chick's terrible jokes and wear equally terrible mustaches. They're also really bad sports.

In 2017, he is now hosting a news TV show about racing called Chick's Picks with Chick Hicks along with co-host, Natalie Certain.

Chick ties with The King and Lightning in the Piston Cup championship, forcing the three racers to compete in a tiebreaker race. Chick later mocks Lightning on winning the Piston Cup and sponsorship of Dinoco. Lightning retaliates by nicknaming Chick "Thunder" due to that thunder always comes after lightning, much to Chick's intense annoyance. He, however, later shows off with this new nickname after Lightning disappears in Radiator Springs, wooing his fans and stealing Lightning's. He makes numerous attempts to force Lightning out of the final race, only to be outrun by him in spite of it. King tries to prevent Chick from overtaking him, frustrating the latter. Refusing to finish behind King again, he intentionally sideswipes The King during the final lap, making him spin out of control and crash. When Lightning sees what has happened to The King, he stops before crossing the finish line and goes back to help The King across the line. This allows Chick to win first place and the Piston Cup. But nobody cheers him on, instead cheering on Lightning for helping The King. Shortly afterwards, as Chick egotistically gets on the victory podium to collect his trophy, the fans then turn on Chick, causing him to make a quick getaway and took his trophy away and making him realize the "Chick era" just ended as soon as it started.

Outside of him presumably losing his fame, is unknown what happens to Chick afterwards, but it appears that he has been denied the sponsorship by Dinoco as Tex instead tries to offer it to Lightning for his good sportsmanship.

Chick Hicks reappears in Cars 3, having successfully reinvented himself as a commentator for the RSN, where he has his own show. He gives boisterous commentary on the recent Piston Cup results, and often shares the stage with statistical analyst Natalie Certain, who gives further analysis and forecast. During his monologues Chick brings up his one Piston Cup win every time he gets the chance. He often cracks jokes at McQueen's expense. His commentary makes it clear that he is more than thrilled that Lightning is challenged by Jackson Storm, with whom he is shown to have a live interview after one of his victories. Lightning watches Chick's segment several times throughout the film to get up to date on Storm's latest progress.

Chick is extremely rude, arrogant and centered on himself and winning, not unlike Lightning himself. However, these traits are more exaggerated in Chick, and often make him more ridiculous or obnoxious. Chick always brags about winning, and he's also sarcastic and intimidating. Having lived all his career in the shadow of The King has made him bitter and devoid of any sense of fair play.

Chick largely serves as a parallel to Lightning. They are both racers who dream of getting at Dinoco, which represents the peak of success. Lightning, however, learned to accept that helping others is more important than fame and fortune. Chick, on the other hand, failed to learn the error of his ways and let his anger be his downfall. Chick serves as an example of what Lightning would become if the latter had allowed his anger and arrogance to consume him.

During his appearance in the third film, Chick still retains his selfish and bullying ways, mocking McQueen for being no match to Jackson Storm.

"Wow, McQueen, that must've been really embarrassing. But I wouldn't worry about it... because I didn't do it!!!"
—Chick Hicks to Lightning
"Dinoco is all mine."
—Chick preparing to wreck
"Get through that McQueen!"
—Chick after causing a huge wreck so he can prevent McQueen from winning.
"Come on! Come on! Come on!"
—Chick urging a racer to get out of the way so he can win the Piston Cup himself.
"It's nice to get out here before the other competitors"
—Chick being interviewed on the radio after arriving at California first
"Hey, McQueen...Eat your heart out."
—Chick taunting McQueen through his thoughts.
"You want forecast? I'll give you forecast. A hundred percent chance of THUNDER! KA-CHICKA! KA-CHICKA! Say it with me. Ka-chicka! Ka-chicka! Ka-chicka!"
—Chick wooing his fans
"Oh, kid's trying to be a hero huh?"
—Chick noticing McQueen is approaching
"Well, what do you think of this? (bumps McQueen) Yeah, that's it kid."
—Chick bumping McQueen
"Oh no you don't!"
—Chick puncturing McQueen's tire
"I am not coming in behind you again, old man!"
—Chick about to ram The King, tired of losing to him multiple times through second-place
"YEAH! Woohoo! I won baby! Yeah! Oh yeah!"
—Chick celebrating his Piston Cup victory
"Hey what? What's going on?!"
—Chick realizing that the crowd is not rooting for him, but McQueen helping The King!
"Bring out the Piston Cup! (tire hits him) OW! Where's all the happiness? Hey! This is the start of the Chick-era!"
—Chick's defeat as he is booed by the crowd for his dirty actions

"Welcome back to Chick's Picks with Chick Hicks! I'm your host former and forever Piston Cup champion Chick Hicks!"
—Chick about to start up his TV show
"This just in. Rookie Jackson Storm slams the proverbial door on Lightning McQueen! Oh, I couldn't have enjoyed it more if I beaten McQueen myself. Oh, wait. I have!"
—Chick doing an announcement on McQueen's recent loss to Jackson Storm before bragging his Piston Cup win 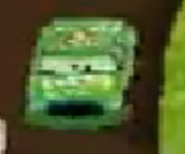 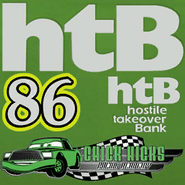 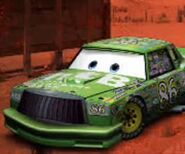 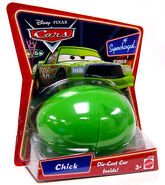 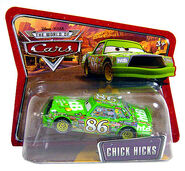 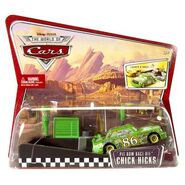 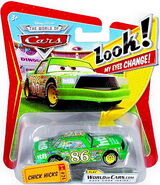 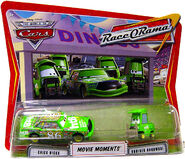 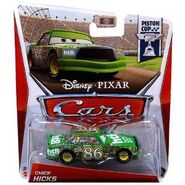 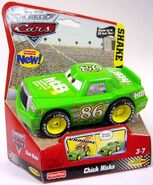 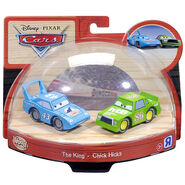 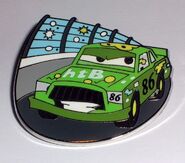 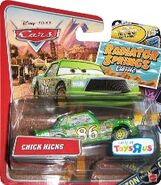