Cars
Cars 3
Ernie Gearson races for the "Spare-O-Mint" team in the movies Cars and Cars 3.

"Ernie Gearson recalls the day when high dollar sponsorships and squealing fans were still a thing of the future. He may be one of the oldest racers on the grids these days, but he's been around the track once or twice. He's still got plenty of fire in his chambers. His friends call him "Giddyup," alluding to the humble 300 horsepower engine he started his career with all those years ago."[1] 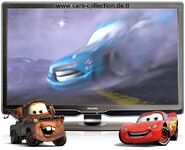 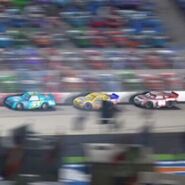 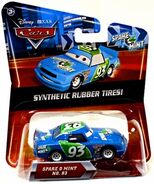 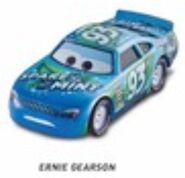 Cars 3 Die-Cast
Add a photo to this gallery

Retrieved from "https://pixar.fandom.com/wiki/Ernie_Gearson?oldid=227729"
Community content is available under CC-BY-SA unless otherwise noted.