Fear is a character in Inside Out. He is the purple Emotion and one of the five Emotions inside the mind of Riley, along with Joy, Anger, Disgust and Sadness.

"Fear’s main job is to protect Riley and keep her safe. He is constantly on the lookout for potential disasters, and spends time evaluating the possible dangers, pitfalls and risk involved in Riley’s everyday activities. There are very few activities and events that Fear does not find to be dangerous and possibly fatal."[1]

Fear is always the most prepared, ready to make lists of everything that could possibly go wrong. He often represents the voice of caution, though he is prone to overreact.

Like the other Emotions, Fear took the backseat during Riley's childhood as Joy prevailed in her life. He was the closest to being Joy's second-in-command.

After Riley's move to San Francisco, all the Emotions are confused and Fear is suddenly more present in Riley's life. After Joy, Sadness and all the core memories are sucked out of Headquarters, he remains one of the only Emotions at the commands along with Anger and Disgust. His goal becomes to avoid things from going haywire or changing in any way. He desperately tries to find a way to solve Riley's situation the soft way, suggesting that they try to imitate Joy or plug in alternate memories in place of the core memories, and repetitively attempts to stop Anger from going out of control, as the latter is prone to stronger, more destructive reactions. However, all his efforts prove useless and get him hurt, if anything. Fear tries to quit Headquarters on one occasion, but this turns out to be impossible.

The day after Joy and Sadness have been lost, Fear ends up on dream duty, having to watch what Dream Productions has come up with. He proves to be extremely blasé regarding the tropes use, watching unimpressed as the dream showcases Riley talking in front of the class, losing her teeth and having no pants on. However, he becomes increasingly troubled as the dream turns to complete chaos (unbeknownst to him because Joy and Sadness are trying to wake Riley up to return to Headquarters). He even briefly sees Bing Bong, much to his shock and disbelief. There is then a lull in the dream's chaos, during which Fear almost completely falls asleep in front of the dream's showcasing. The dream, however, culminates when Jangles the crazed clown (Riley's worst fear) shows up and terrorizes Dream Productions, causing him to scream and wake Riley up.

When Anger argues that Riley should run away, Fear doesn't dare to oppose himself, though he is still very reluctant to accept. Things take a turn for the worse, however, when the control panel starts turning black and shutting down, resulting in neither Fear nor any of the other emotions being able to make Riley feel anything. Fortunately, Joy and Sadness finally come back to save the day.

Sometime later, when Riley turns 12, Fear expresses concern over the creation of a "Boy Band" Island of Personality. 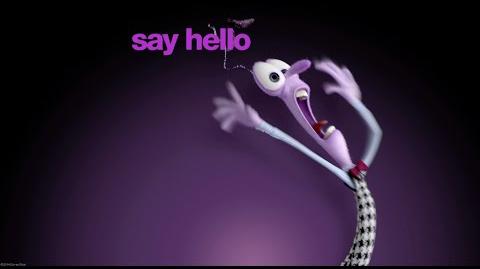 Meet Fear - Inside Out 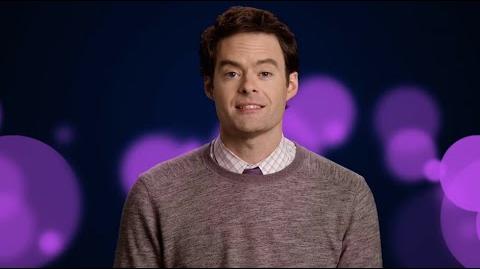 Meet Bill Hader as Fear in INSIDE OUT 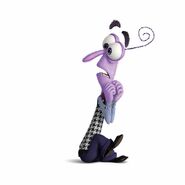 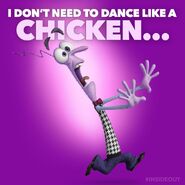 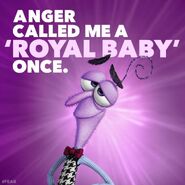 A banner ad featuring Fear and Disgust seen at a BART station during the first week of the film's release.

The first character design of Fear 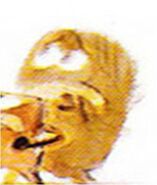 The first design of Fear 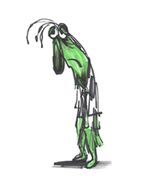 Retrieved from "https://pixar.fandom.com/wiki/Fear?oldid=228062"
Community content is available under CC-BY-SA unless otherwise noted.