Sarah Freeman
Hannah Phillips is a supporting character in Toy Story. She is Sid's younger sister. She loves playing with her dolls although Sid always mutilates them in one way or another.

Hannah is seen when Sid comes home from Pizza Planet. Sid questions her about whether something he ordered came in the mail, although she has no idea whether it did, incensing him regarding her denials. He steals her doll Janie and swaps its head with his pterodactyl toy, effectively scaring her. She then reports the incident to Mrs. Phillips while Sid tries to convince her she is lying.

Later, she finds Buzz with his arm broken off. Thinking this to be just another toy abused by Sid, she takes him for her tea party as "Mrs. Nesbit" by dressing him in a pink apron and hat (similar to Mrs. Potato Head's). The other dolls at the tea party are headless dolls that Sid has previously wrecked (Buzz calls them "Marie Antoinette and her little sister").

Much later, Hannah answers the door, not knowing that Ducky, one of the mutant toys, has rung it as part of Woody's strategical scheme to save Buzz from Sid. Soon, Sid's pet dog Scud, who is chasing another mutant toy, the speedy Frog, rams into her, knocking her down as he exits onto the porch. Annoyed at Scud for his stupidity, Hannah closes the door in Scud's face, locking him out.

When Sid becomes frightened of toys after his toys come alive in front of his face, Hannah takes revenge on her brother by shoving her new doll Sally (apparently a replacement doll for Janie) into his face and chasing him into his room, trying to scare him even more. 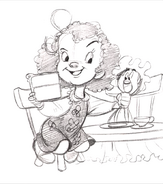 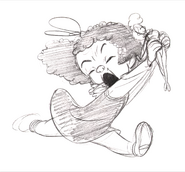 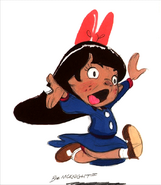 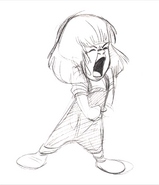 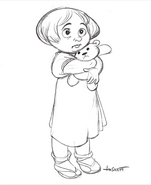 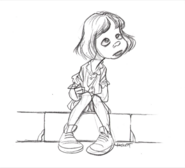 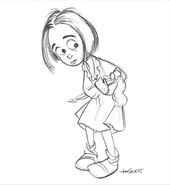 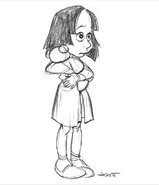 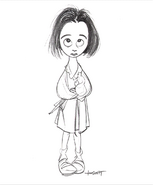 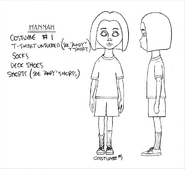