Bo Peep makes a big comeback and leads the way finally answering the questions about where Bo was since we last we saw her in Toy Story 2 since she left.

NOTE: This is the beta version of Lamp Life, the final has changes listed below

Bo originally went into great detail about what happened to her after she left Andy's house in a flashback. We saw her given to a new family, placed in storage for years, donated, brought at a thrift store, given as a white elephant gift, and then broken accidentally by a child. Bo then made a huge choice and left that kid. She and her sheep traveled through the rain and cover of night to create a new life at the antique store. Although emotional, the flashback was ultimately cut from Toy Story 4 and was then evolved into Lamp Life. 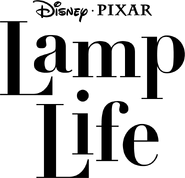 Add a photo to this gallery
Retrieved from "https://pixar.fandom.com/wiki/Lamp_Life?oldid=212030"
Community content is available under CC-BY-SA unless otherwise noted.