Lightning is a red racecar sponsored by Rust-eze Medicated Bumper Ointment ("With Just a Little Rust-eze, you can look like Lightning McQueen!").

He is #95 in the movie, and at the beginning of the movie, he is racing his first Piston Cup race in Nashville, Tennessee, and is winning.

At the end of the film, he lost the race out of good intentions, and got a new paint job, but still sponsored by Rust-eze, although at the beginning of the film, he wanted a Dinoco sponsorship.

Lightning now serves as the deuteragonist in Mater's very own show.

The show begins with Mater telling Lightning what he used to be and did in the past. However, Lightning never believes Mater (as he wasn't there), and whenever he asks Mater if the stories really happened, Mater will always say, "Don't you remember? You was there, too!". Then, Mater continues the stories, including Lightning's sudden participation. The episodes end with Mater leaves, often followed by the characters and/or references from Mater's stories, implying that the stories might be real.

In the sequel, Lightning returns, but as a deuteragonist.

This time around, Lightning is racing in the first ever World Grand Prix to determine who's the world's fastest car. But the road to the championship is filled with plenty of potholes, detours, and hilarious surprises.

Number 95 Lightning McQueen is still a hotshot racecar, but his rookie days are past him. Now a permanent resident of Radiator Springs, Lightning has become a bona fide worldwide celebrity as winner of four Piston Cups.
After his latest win, Lightning returns home to enjoy life in the slow lane for a while with sweetheart Sally, best friend Mater and the rest of his Radiator Springs family. His off-season is unexpectedly cut short when Mater inadvertently prompts Lightning to enter the World Grand Prix, a high profile, three-part exhibition race that will take him around the globe.


With a fresh custom paint job and real, working headlights, Lightning sets off to Japan, Italy and England with Mater in tow for the adventure of a lifetime. But competing against the fastest cars in the world tests more than his racing skills when Lightning realizes his wide-eyed best friend may not be the pit chief nor ambassador he needs to navigate the unfamiliar international terrain.[1]

Though nice and pleasant, Lightning can be a bit selfish and self-centered sometimes. He is also brave, courageous, and daring.

Radiator Springs Lightning McQueen
His paint job as last seen in Cars and the beginning and end of each Cars Toons: Mater's Tall Tales episode. 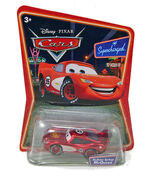 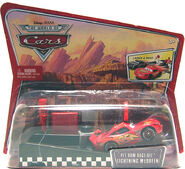 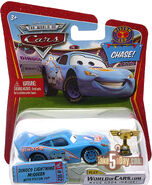 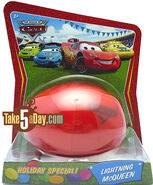 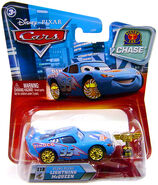 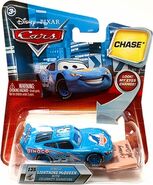 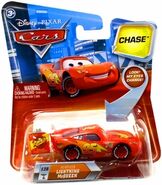 Lenticular die-cast with Rust-eze can 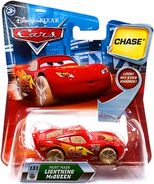 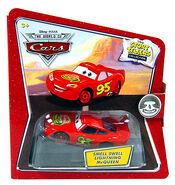 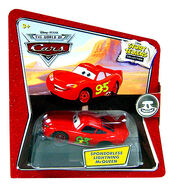 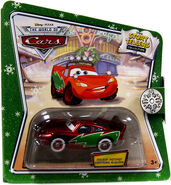 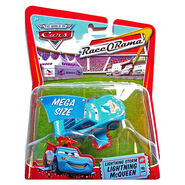 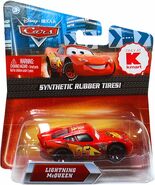 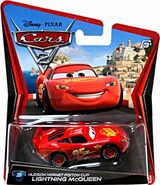 (Uncle Topolino and Mama Topolino drive away, arguing in Italian)

Lightning has coil-over shocks with tubular A arm front suspension, a solid axle rear end and vented disc brakes at all four wheels. He also has air flaps on his roof to prevent flipping.[2] 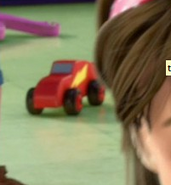 Lightning in The World Of Cars Online

Going to see the Queen

Celebrating his victory over Francesco

Being blasted away by Mater

Lightning in Cars 2: The Video Game.
Add a photo to this gallery

Retrieved from "https://pixar.fandom.com/wiki/Lightning_McQueen?oldid=84339"
Community content is available under CC-BY-SA unless otherwise noted.