Cars 2
Magen Carrar is a minor character in Cars 2.

In the film, Magen appears during the Porto Corsa part. After Nigel Gearsley and Carla Veloso's engines blow up because of Allinol, Magen knocks down an Allinol sign and drives over it, leaving tire marks all over it. 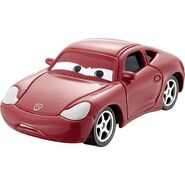 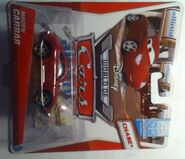