Monsters, Inc. is a platforming video game made by Kodiak Interactive for the PlayStation 2. This game is more like the movie (location wise) than Monsters, Inc. Scare Island. There are 8 levels in the game and 5 additional mini games that can be unlocked by scaring all 5 monster mice, 5 canisters and 100 red tokens all of which are scattered throughout the levels. Each level has you either do jobs in order to proceed or collect items for other monsters (such as materials for Boo's costume). 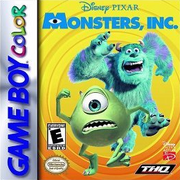 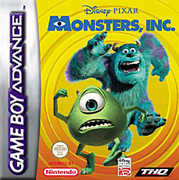 Add a photo to this gallery
Retrieved from "https://pixar.fandom.com/wiki/Monsters,_Inc.:_The_Video_Game?oldid=148496"
Community content is available under CC-BY-SA unless otherwise noted.