Mor'du is the a main character in Brave, and the main character of the short The Legend of Mor'du. A legendary, feral bear standing over 13 feet tall, Mor'du is ruthless, aggressive, and is feared throughout King Fergus' kingdom, even inspiring several fables, legends, and stories. 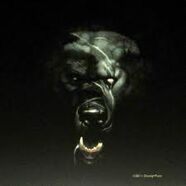 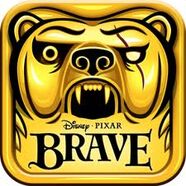 Mor'du trying to grab Merida as she jumps to reach her mother's paw.

Mor'du shows his long, sharp teeth before he goes in for an attack.