Mr. Spell is an educational toy for children made by Texas Instruments. He appears in Toy Story, Toy Story 2, Forky Asks a Question and as a supporting character and one of Andy's many toys.

Mr. Spell is a yellow, hand-held, computer keyboard-like toy based on the popular 1970s Speak and Spell toy by Texas Instruments. Mr. Spell is able to talk by spelling the words he is saying and revealing them on the screen.link title Much like See 'n Say and Etch A Sketch, Mr. Spell gets around by waddling. He also frequently holds or has held seminars on a variety of topics such as plastic corrosion awareness and what to do if you or part of you is swallowed.

Upon Buzz's arrival, Mr Spell along with all the other toys take a immediate liking towards him. One night, when Woody accidentally knocked Buzz out the window, many of the toys accuse him of doing it on purpose to get rid of him. Mr Spell was one of the few toys that did not accuse him of doing it intentionally. However, he soon lost his trust in Woody after seeing him holding Buzz's severed arm at Sid's house during the middle of the film.

Although Mr. Spell did not appear in Toy Story 3, he was one of the only toys not present in the old home videos. He was most likely either donated, handed down to Molly, or thrown away sometime shortly after the events of Toy Story 2.

Mr. Spell makes an appearance in: “Forky asks a question: What is reading?” This also means Mr. Spell was donated to Bonnie (Before or after the events of Toy Story 3). 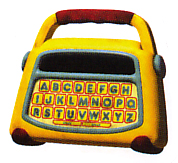 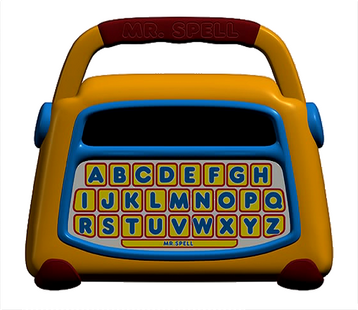 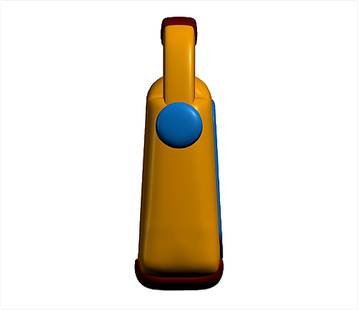 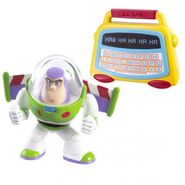 Add a photo to this gallery
Retrieved from "https://pixar.fandom.com/wiki/Mr._Spell?oldid=214341"
Community content is available under CC-BY-SA unless otherwise noted.