A list of non-Pixar works that include films, TV series, music videos, and video games that Pixar employees (past and present) have worked on.

The Brave Little Toaster is a 1987 animated adventure film adapted from the 1980 novel of the same name by Thomas Disch. The film was directed by Jerry Rees and released by Walt Disney Pictures. The story focuses on five appliances, a toaster, a desk lamp, an electric blanket, a vacuum tube radio, and a vacuum cleaner who go on a quest to search for their original owner. Jerry Rees, a crew member on two previous Disney films, The Fox and the Hound and TRON, and a friend of John Lasseter, was chosen to direct the film, and was also a writer on the screenplay along with Joe Ranft.

After John Lasseter and Glen Keane had finished a short 2D/3D test film based on the book Where the Wild Things Are, Lasseter and Thomas L. Wilhite decided they wanted to make a whole feature this way. The story they chose was The Brave Little Toaster, but in their enthusiasm, they ran into issues pitching the idea to two high level Disney executives, animation administrator Ed Hansen, and head of Disney studios Ron W. Miller. During Lasseter and Wilhite's pitch, the film was rejected due to the costs of having traditionally animated characters inside expensive computer-generated backgrounds. A few minutes after the meeting, Lasseter received a phone call from Hansen and was asked to come down to his office, where Lasseter was told that his job had been terminated. The development was then transferred to the new Hyperion Pictures, the creation of former Disney employees Wilhite and Willard Carroll, who took the production along with them. 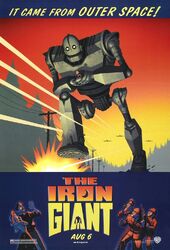 The Iron Giant is an animated film directed by Brad Bird, released on August 6, 1999. Produced by Warner Bros. Animation, it is based on the 1968 novel The Iron Man by Ted Hughes. Bird struggled with production during the 1990s, even enlisting the aid of a group of students from CalArts. It stars a voice cast of Jennifer Aniston, Harry Connick, Jr., Vin Diesel, and Eli Marienthal.

The film tells the story of Hogarth, a lonely boy who, during the height of the Cold War (1957), discovers a giant iron man who fell from space. Hogarth, with the help of a beatnik named Dean, has to stop the U.S. military from finding and destroying the Giant. 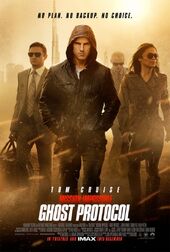 Mission: Impossible – Ghost Protocol is an action film, released on December 21, 2011. The film, the fourth in the Mission: Impossible series, is directed by Brad Bird. The film is the first live-action film directed by Bird. It stars Tom Cruise, who reprises his role of IMF Agent Ethan Hunt. When a terrorist bombing destroys the Moscow Kremlin, the U.S. government initiates a Black Ops "Ghost Protocol" and disavows the entire Impossible Mission Force. Ethan Hunt and his team are blamed for the attack, but are allowed to escape as part of a plan to enable them to operate in the dark, outside of their agency. However, Hunt is warned that if any member of his team is captured during their mission, they will be charged as terrorists planning to incite global nuclear war. 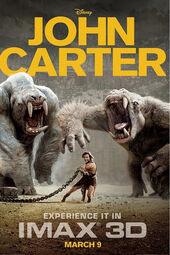 John Carter, previously titled John Carter of Mars, is a sci-fi fantasy film, released on March 9, 2012. The film is directed and co-written by Andrew Stanton. Mark Andrews is another co-writer of the film. The film stars Taylor Kitsch as John Carter. Michael Giacchino is the composer for the film's score.

The film is largely based on A Princess of Mars, the first story to feature John Carter by American author Edgar Rice Burroughs. John Carter is an American Civil War veteran who is miraculously transported to Mars, known to its inhabitants as Barsoom. Formerly an Earthlike world, after its oceans evaporated and its atmosphere thinned, Barsoom's inhabitants became hardened and warlike, constantly fighting one another to survive. With his superior strength and fighting ability, Carter ultimately enlists the Green Martians' assistance in winning a civil war to save Mars. 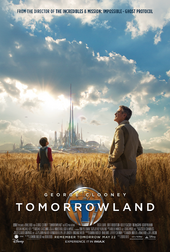 Tomorrowland is a live-action science-fiction Disney film directed, co-produced and co-written by Brad Bird. Music for the film was composed by Michael Giacchino. The film was originally titled 1952 before Bird came on board to direct. Tomorrowland was released on May 22, 2015 and stars George Clooney, Britt Robertson, Raffey Cassidy and Hugh Laurie.

Pixar created a short sequence for the film, which detailed the story of Plus Ultra (the organization at the origin of Tomorrowland in the film). However, the scene was cut from the final film, although it was released on the web as a promotional video.[1]