Python Nu Kappa, often shortened to PNK, is one of the six sororities of Monsters University. They look and act all the same except for their unique colors, and often get mixed up by their teachers.

"Pretty in pink, the sisters of Python Nu Kappa (PNK) are not to be underestimated. Led by their fearless queen bee Carrie, these ladies are smart, cold-hearted and merciless. Covered in pink from head to toe, the PNKs sweet exterior quickly turns terrifying when the Scare Games begin."[1]

Their quote on quote is: "Thanks! We're gonna rip you to pieces!" 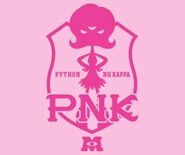 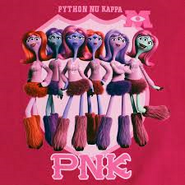 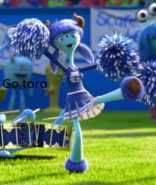