Raoul in Cars 2: The Video Game 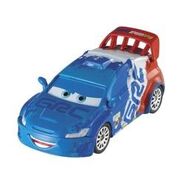 Raoul ÇaRoule die-cast packaging
Add a photo to this gallery

Retrieved from "https://pixar.fandom.com/wiki/Raoul_%C3%87aRoule?oldid=68249"
Community content is available under CC-BY-SA unless otherwise noted.