Rocky Gibraltar is a figure of a former heavy-weight wrestler, probably based on the collectible Wrestling Superstars figures made by Hasbro. He is noted for being the strongest toy in Andy's room. He doesn't talk in the films (usually spouting occasional grunts), but in the Toy Story Animated StoryBook game he is shown to talk in third-person.

In Toy Story, Rocky's first appearance is during Andy's play time, posed as a hostage with his hands held up in submission to One-Eyed Bart. Rocky is also seen sitting in front of the door of Andy's room right before all his birthday guests burst in, which has him slammed against the wall after they leave.

He works out with Buzz and the other toys by lifting Tinker Toy dumbells during the "Strange Things" sequence. Afterwards, he helps Buzz repair his ship by holding a tape dispenser for Snake to take some tape at Buzz's command.

Once Woody is accused of knocking Buzz out the window, Rocky prepares to attack Woody by grabbing his left hand while the other toys trap him, however, before he can do anything, Andy's arrival forces all the toys to retreat.

Later in the film, when Woody tries to use RC to help Buzz, Rocky picks Woody up and spins him over his head before throwing him off the moving van, thinking he was trying to kill another toy. When the toys find out that Woody was really trying to help Buzz by witnessing their approach, Bo Peep has Rocky lower the ramp to help them back on. Once all of Andy's toys are re-united at the end for Christmas, Rocky is seen dancing to the festivities.

In Toy Story 2, Rocky tries to hold back the door with the help of the Green Army Men to keep Buster out of the room, but this proves too much for them.

Rocky witnesses Woody being kidnapped at a yard sale, but is not a part of Buzz's rescue team that goes out to retrieve him. Before Buzz leaves, Rocky and Robot assist Wheezy while he pleads to Buzz to bring Woody back.

Once all the toys return, he's seen with the rest of Andy's toys enjoying Wheezy's performance of "You've Got a Friend in Me" at the end.

Rocky makes a brief appearance under Andy's desk in one of Ms. Davis' home videos at the beginning of the film.

Rocky's appearance in the video game adaption of Toy Story reflects his role in the movie.

In the level "That Old Army Game," Rocky is seen with Robot gathering around the baby monitor for the Green Army Men's report on what Andy's presents are.

In the next level, "Red Alert!," Sergeant reports back that Andy and his birthday guests are unexpectedly returning to the bedroom, and they must return to their positions. With Woody's assistance, Rocky is free to move back, but not before pushing away a bucket that is blocking RC Car. Once finished, him and RC return to their positions under the bed before Andy returns.

in "Revenge of the Toys," Rocky has also turned against Woody after witnessing what they believe to be Woody knocking Buzz out the window. While Rex is trying to cross Andy's room, Rocky is holding him back. It is only when Woody contains Rocky that Rex can escape. This final appearance was omitted in the Game Boy version of the game, despite the level being present.

Rocky also appears in the video game adaptation of Toy Story 2. In this game, he is one of Andy's toys that accompanies Buzz Lightyear on his mission to save Woody (although he didn't actually accompany Buzz and the gang in the movie). His only appearance is in the level "Airport Infiltration," where he presents a racing mission to Buzz in the form of finding his lost dumbbells in the airport. Once completed, he will award Buzz a Pizza Planet token. 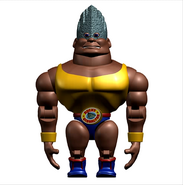 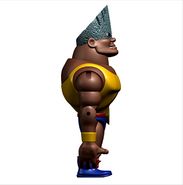 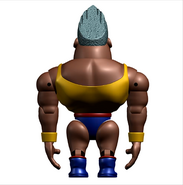 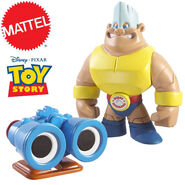 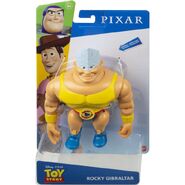 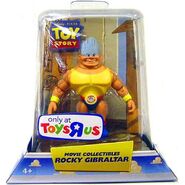 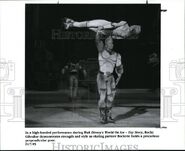 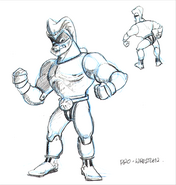 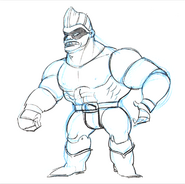 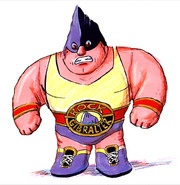 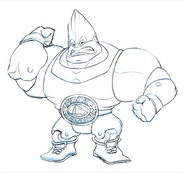 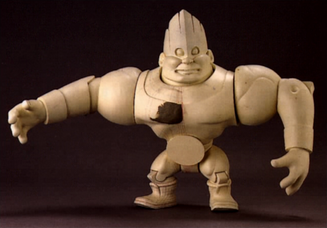