Señorita Cactus is a character that was created for Toy Story 2, but was scrapped from the final version of the film. She was going to be the third member of the Woody's Roundup gang in place of Jessie. An original storyline for the film reveals that she would have played an antagonist role in the story along with Stinky Pete, both of them having a neat freak personality because of their mint condition status. When it was decided that the entire story had to be reworked, the character of Señorita Cactus was replaced with Jessie, but Prospector and Bullseye stayed. 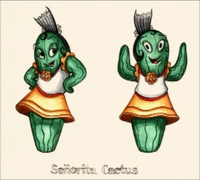 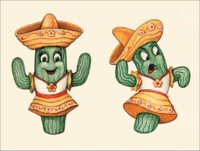 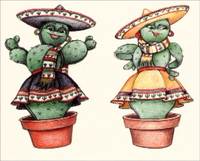