Shark is a squeaky rubber toy in Andy's toy box, seemingly based off a blue shark. He is made of white rubber with blue paint on his back, and is equipped with a squeaker in his mouth.

In Toy Story, Shark is first seen coming alive after Woody signals to all the toys that it's safe to come out. Shark is next seen talking to Woody an undisclosed amount of time later. When Woody wakes up in the toy box and notices he doesn't have his hat on, Shark mocks Woody while wearing his hat, saying, "Look, I'm Woody! Howdy, howdy, howdy!" Once Woody notices, he takes his hat back, unamused by Shark's joke.

In one of the Toy Story Treats, he tells the toys terror stories, while the other toys listen in fear.

In Toy Story 2, when Andy plays with his toys just before he goes to Cowboy Camp, he makes Shark one of the death traps set for Bo Peep by the Evil Dr. Porkchop, whom Woody must save. At the end, Wheezy credits Shark for finding him an extra squeaker in the toy box as a replacement for his old, broken one.

Shark does not appear in Toy Story 3. He was probably sold at a yard sale, thrown away, donated or handed down to Molly between Toy Story 2 and Toy Story 3. It is also a possibility that Andy put him in the attic. 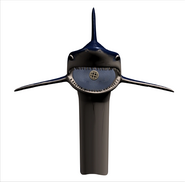 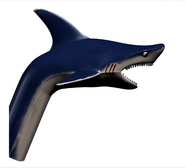 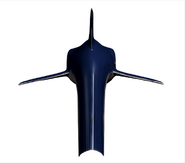 Shark as he appears in Toy Story 2

Shark being portrayed as one of the death traps in Toy Story 2
Add a photo to this gallery
Retrieved from "https://pixar.fandom.com/wiki/Shark_(Toy_Story)?oldid=206783"
Community content is available under CC-BY-SA unless otherwise noted.