Sidney "Sid" Phillips is the main antagonist of Toy Story. He is mentioned by Buzz in Toy Story 2. He also makes a cameo in Toy Story 3. He is the only person who knows toys are alive.

"I don't believe that man's ever been to medical school."
—Buzz Lightyear witnessing Sid's atrocious activities

Sid used to be Andy's sociopath neighbor, until the Davis family moved out near the end of the film. The most common shirt he wears has a picture of a skull. Sid is introduced at the beginning of the film as a toy terrorizer when he explodes a Combat Carl with an M-80, with his toy-chewing dog Scud by his side. Andy's toys are surprised to see him back at his old habits so soon, assuming he got expelled from summer camp early this year. Later that day, when Andy and his family goes to Pizza Planet, Sid is also there. After playing Whack-an-Alien, the Crane Game catches his attention. After grabbing an Alien, Sid notices Buzz Lightyear in the Crane Game. When Sid goes after him, not only does he get Buzz, but Woody hooked onto his foot as well (Woody tried to save Buzz, but the Aliens wouldn't let him). After skateboarding back home with his new toys in his backpack, he's immediately greeted by Scud, whom he gives the alien to viciously chew. Then, seeing his sister Hannah with her Janie doll, he snatches the toy and runs up to his room, slamming the door in Hannah's face. He then pulls out his Pterodactyl toy as he plays doctor for his "double-bypass brain transplant." After putting the Pterodactyl's head on Janie's body, he opens up the door and shows it to Hannah, who runs off to report to their mother. Sid throws the mutant toy onto the floor and runs after her, claiming Hannah is lying. With Sid gone, Woody explores his room to search for a way out, but the door is locked and he's unable to escape. Trying to find another way out, he then discovers that Sid has taken other toys apart and assembled them back together in weird combinations, much to Woody's horror. The next morning, Sid torments Buzz by spinning him on a drill bit (as seen in a deleted scene), and then takes Woody and throws him across the floor, pretending to interrogate him. Next, he opens up the window shade to let the sun in. He then takes out a magnifying glass and focuses the hot beam of light on Woody's forehead, until Sid's mom informs him his Pop-Tarts are ready.

Later, Sid returns to his room with a rocket he had ordered in the mail, labeled "The Big One." He intends to blow apart one of his toys with the rocket for his own amusement. Initially, he was to blow up that "wimpy cowboy doll," but he fails to find him (Woody hid under a milk crate). However, when he unexpectedly steps on Buzz, he decides to tape the rocket on Buzz, stating that he has always wanted to blow a spaceman into orbit. Unfortunately, Sid is forced to delay the launch due to adverse weather conditions at the launch site, giving Woody and Buzz time to reconcile overnight.

While trying to escape, Sid wakes up and takes Buzz outside to blow him up. Woody and all of the mutant toys plan a way to exact revenge on Sid and help Buzz before Sid can destroy him with the rocket. The toys all appear out of nowhere and approach Sid, making him increasingly scared. Woody then tells Sid to take care of his toys, because they will know if he did not. After seeing Woody come to life by saying "So play nice" in front of his face, it's too much for Sid and he screams and retreats back into the house, frightened that the toys have come alive. Hannah then takes pleasure in scaring Sid even more and making Sid cry with her dolls after she discovers how scared he is.

Sid's rocket is ultimately utilized by Woody during the move to Andy's new house to help RC, whose batteries have been depleted, back into the moving truck as Woody and Buzz both go skyrocketing, during which Buzz frees himself from the rocket by opening his wings to tear off the tapes that bound him to the rocket (as for the rocket, it climbed up for a few feet higher before exploding into smithereens).

Buzz: "Come on, fellas. Did Woody give up when Sid had me strapped to a rocket?"
Toys: "No..."
Buzz: "No."
―Buzz reprimands the toys who have requested a rest[src]

Although Sid did not appear in this film, he was mentioned by Buzz Lightyear, who reminded everyone searching for Woody how Woody didn't give up on him when Sid had him strapped to the rocket.

Sid made guest appearances in issues 3 and 4 of the Monsters, Inc. comic book mini-series Laugh Factory as the main antagonist, though his name is never actually given (as the monsters do not bother learning it from him). At the beginning of the third issue "Toy Worry", he ducks into Boo's bedroom to hide from Sulley and Mike when they're pursuing him. We learn from Sulley and Mike that Sid has been using the monsters' door-traveling technology to break into kids' rooms and steal their toys. Afterward, Sid escapes with Boo's Jessie doll, and Boo follows him into Monsters, Inc. to help Mike and Sulley capture him. Upon being caught and brought to the CDA, Sid states that he has been stealing the toys in an attempt to "save" the kids from suffering the same incident he did, but the monsters do not believe him. They have Sid thrown back to his home through Hannah's door.

In the next issue's story, Sid breaks back into Monstropolis, and helps Randall and Mr. Waternoose escape from prison. They offer to give him the plans for their door-traveling technology (which Sid plans to get rich off of in his world) in exchange for him helping them get revenge on Sulley and Mike. They manage to capture the heroes along with Celia and Boo (the latter of whom stowed away with Sulley as he was coming back from his last visit with her), but the girls manage to escape back into the human world with Sid and the two villainous monsters pursuing them. Eventually, Celia and Boo manage to find another closet door back to Monstropolis, where they lead Sid, Randall, and Waternoose into captivity by the CDA. In the end, Sid is again sent back home, with the monsters hoping that he has enough of them now.

If you are looking for the garbageman who finds Lots-o'-Huggin' Bear, see here.

Sid (now grown up) made a cameo appearance in Toy Story 3, working as a garbageman for Tri-County Sanitation. He is seen on a garbage truck as he comes to pick up the trash from Andy's house (including Andy's toys who were also in a bag and mistakenly got put outside by Ms. Davis, whom Woody hurries out to rescue without being seen). Sid is mostly heard scatting to music and is identified by having the same skull T-shirt that he wore as a kid, along with a blue shirt underneath, a yellow vest, goggles, a small beard, a mullet in contrast to his buzzed head as a kid, a backward camouflage cap, and a big set of headphones. He is seen again near the end of the film after the toys escape from the incinerator at the Tri-County Landfill and hitch a ride on his garbage truck to get home. During his brief re-encounter with him earlier, Woody apparently did not recognize him as being Sid as he was more concerned about saving the others.

Erik von Detten reprised his role as Sid again for the film as an adult, like the way John Morris did as Andy.

Woody: "That is Sid"
Buzz: "You mean that happy child?"
Mr. Potato Head: "That ain't no happy child."
Rex: "He tortures toys, just for fun!"
―The toys observe Sid from Andy's room[src]

Sid is a young, bratty and somewhat disturbed skate punk with metal braces, whose idea of fun is terrorizing his little sister, Hannah, by taking her toys away and using them for scary experiments like switching out heads or performing operations on them. He also destroys toys in many ways (exploding, burning, or in his "mad doctor" plays).

After his toys turned on him, he vowed never to hurt a toy again. Aside from this, Sid remained mostly the same (especially his love of heavy metal), and eventually became a garbage man.

Sid is not a true villain, being that he didn't realize that the toys are really alive when breaking them, but since this movie is in the point of view of toys, he can be considered an antagonist.

"Yes! He's gone! He's history!"
—Sid, after demolishing a Combat Carl soldier toy
"All right! Double prizes! Let's go home and... play. Ha-ha-ha."
—Sid, after picking Woody and Buzz Lightyear from a claw vending machine
"Oh, a survivor. Where's the rebel base? Talk! I can see your will is strong. Well, we have ways of making you talk. Where are your rebel friends now? Heh, heh."
—Sid, as he plays wild with Woody and singes Woody's forehead with a magnifying glass
"It came! It finally came! The big one."
(He reads the label on the rocket)
"'Extremely dangerous. Keep out of reach of children.' Cool! What am I gonna blow? Man, hey, where's that wimpy cowboy doll?"
(unexpectedly steps on Buzz Lightyear, activating his laser)
"Yes! I've always wanted to put a spaceman into orbit. Ha-ha."
(tapes the rocket onto Buzz's back, but then lightning flashes outside)
"Oh, no!"
(rain begins to fall)
"Aw, man! (slams his head on the window) Sid Phillips reporting. The launch of the shuttle has been delayed due to adverse weather conditions at the launch site. Tomorrow's forecast: sunny. Ha-ha-ha. Sweet dreams."
—Sid, after receiving the rocket, but rain delays his nefarious plot
"I wanna ride the pony..."
—Sid moans in his sleep
"Oh, yeah! Time for lift-off! To infinity and beyond!"
—Sid wakes up and takes Buzz Lightyear out for blast-off
"Houston to Mission Control. Come in, Control. The launch pad is being constructed! Heh-heh."
—Sid, as he prepares to blast Buzz Lightyear into air
"The toys! The toys are alive!"
—Sid, after witnessing Woody and the mutant toys come to life 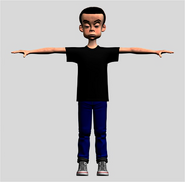 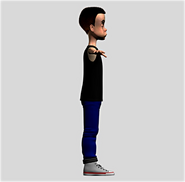 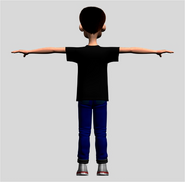 Hearing a Woody talk on his own, Sid starts to realize his toys are alive. 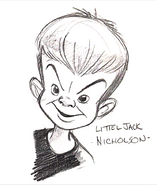 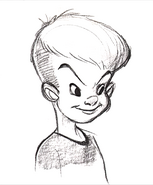 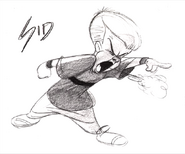 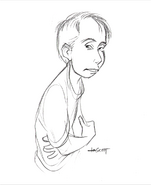 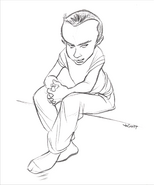 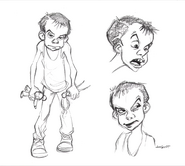 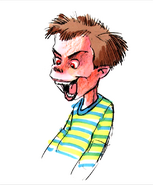 Add a photo to this gallery
Retrieved from "https://pixar.fandom.com/wiki/Sid_Phillips?oldid=206380"
Community content is available under CC-BY-SA unless otherwise noted.