The Art of Monsters, Inc. opens the door into Pixar's colorful archives of concept art and to the endearing story of Monsters, Inc. Since the very first bedtime, children around the world have known that once their parents tuck them into bed and shut off the light, monsters lie waiting behind closet doors, ready to emerge. But what they don't realize is that these monsters scare children because they have to. It's their job. This superb film from Pixar Studios, the people who brought you Toy Story, A Bug's Life, and Toy Story 2, reveals the truth about monsters with the brilliant techniques that have earned them their reputation as a ground-breaking animation studio. This incredible body of artwork was commissioned from the top artists, illustrators, and animators in the industry and from it the ultimate visual approach of the film was defined. From sketches scribbled on napkins and quickly inked marker drawings, to finished oil paintings and fabulous pastel color scripts, this behind-the-scenes artwork reveals the elaborate creative process behind a blockbuster film. 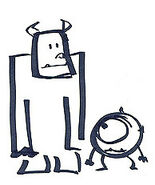 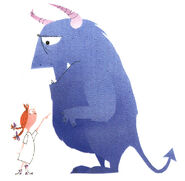 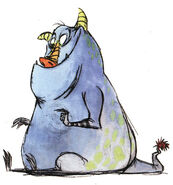 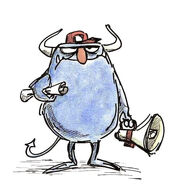 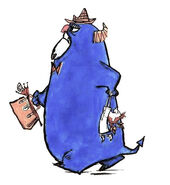 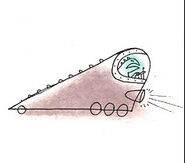 Retrieved from "https://pixar.fandom.com/wiki/The_Art_of_Monsters,_Inc.?oldid=184840"
Community content is available under CC-BY-SA unless otherwise noted.