Cars
Cars 3
Todd Marcus is a character in Cars and Cars 3. He races for the team "No Stall."

"Todd Marcus is known as the biggest race car to emerge from his hometown of Dieselton, Alabama. He's also known as the only race car to emerge from Dieselton, Alabama. When asked why he chose to be car number 123, he simply replied, "Because it's easy to remember." That's why it's also his ATM number, his internet login, his home security code, and his safe combination."[1]

Todd Marcus will return in Cars 3.[2] 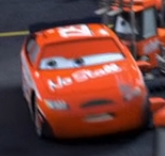 Marcus having a pit stop

Marcus with new paint scheme in the Cars 3 teaser

Pitcure in Cars: Fast as Lightning

World of Cars Online
Add a photo to this gallery 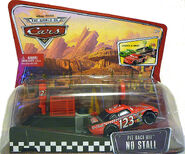 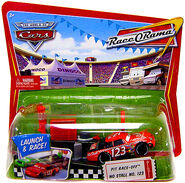 Cars 3 die-cast
Add a photo to this gallery

Retrieved from "https://pixar.fandom.com/wiki/Todd_Marcus?oldid=206559"
Community content is available under CC-BY-SA unless otherwise noted.