6:58
Tokyo Mater is the fourth episode in the Cars Toons series. The short was shown in theaters in the US before the Disney animated film Bolt in November 2008. The short is the first Disney/Pixar production presented in Disney Digital 3-D. It is also the first Pixar short to be shown before a non-Pixar-produced Disney animated feature film.

At Flo's V8 Cafe, Sheriff pulls up when three of the Tuner Cars, Boost, DJ, and Wingo drift past. As Sheriff races after them, Mater says that he used to be an import. He then tells Lightning McQueen what happened.

One day, Mater is driving along the road when he spots a car named Ito San sitting by the side of the road. Mater offers to tow him somewhere far away and he ends up taking him all the way to Tokyo. As Mater drops him off, he notices two modified cars resembling DJ and Wingo. As he follows a group of ladies, he backs up and accidentally taps a gang leader resembling Boost, named Kabuto, who challenges him to a race at midnight. After extreme modifications, Mater comes to the starting line. Ito San tells them that they must race to the top of Tokyo Tower and the winner will become king of all drifters. Mater asks what happens to the loser, to which Kabuto replies that the loser will be stripped of all modifications and become stock. The race then starts. After Kabuto mocks him saying that he can't drift, Mater ends up sliding through the lobby of a building and being chased by a cop. After he loses Kabuto, he eventually catches up with him, but is slowed down by his posse of ninjas.

Lightning asks Mater what happened next and Mater tells him, "you was there, too".

Back in Tokyo, Lightning is a dragon power expert who defeats the ninjas. After the ninjas are defeated, Mater notices that Kabuto is almost to the tower. Lightning takes Mater through a shortcut through a building site where Mater learns how to drift. After Mater notices that the road is out, Lightning shoots him into a pipe that blasts him ahead of Kabuto. As they race into Tokyo Tower, Kabuto knocks Mater off the tower, but Mater uses his tow hook to pull himself up to the top and wins the race. As Kabuto is laughed at by his ninjas after he is stripped of his modifications and Mater celebrates his victory, Mater says, "And that's how I became Tow-ke-yo Mater, king of all of the drifters."

Back in Radiator Springs, Lightning doesn't believe Mater, but then Mater appears with wooden boxes resembling his drifter form. Then, Guido slams a box down on his hood. Mater then drives away with Lightning looking on, confused.

Teki and Paki (with Mater).

Pitties at House of Donuts. 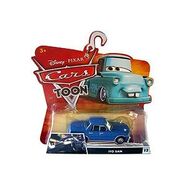 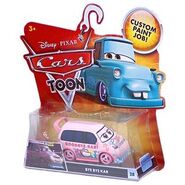 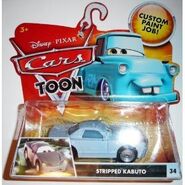 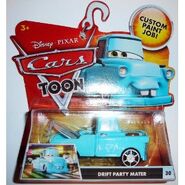 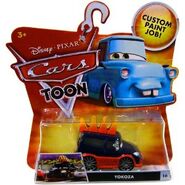 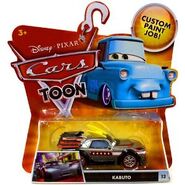 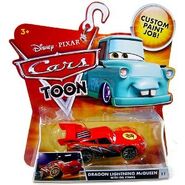 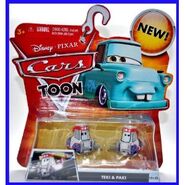 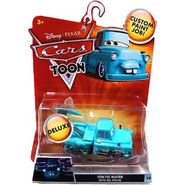 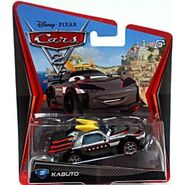 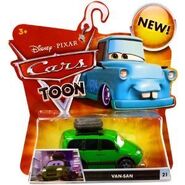 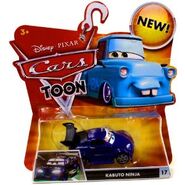 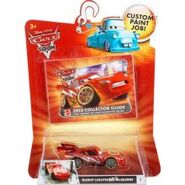