Toy Story That Time Forgot is a Christmas TV special that aired on December 2, 2014 on ABC.[1][2][3] It is directed by Steve Purcell and produced by Galyn Susman.[4] The score is composed by Michael Giacchino.[5] It features the Toy Story characters and takes place after Toy Story 3.

When Bonnie takes Woody, Buzz, Rex and Trixie with her on a post-Christmas play date, the toys are trapped in a room with some tough dinosaur toys called Battlesaurs and must escape if they ever want to return to Bonnie's house.

Two days after Christmas, Trixie is depressed that Bonnie never plays with her like a dinosaur. Bonnie later takes Trixie, Woody, Buzz Lightyear, Rex and Angel Kitty to her friend Mason's house for a play date. When they get there, Bonnie sees Mason playing a video game and tosses her toys into Mason's playroom

There the toys discover that for Christmas Mason got a complete toy line of battling dinosaurs called the Battlesaurs, which are led by Reptillus Maximus and The Cleric. Reptillus takes Rex and Trixie to get suited up by their armor guy Ray-Gon, while unbeknownst to them the Cleric orders some other Battlesaurs to take Woody and Buzz hostage. Trixie and Reptillus start to develop romantic feelings. Trixie is admirative of the Battlesaurs, while Reptillus is intrigued by her world.

Later, Trixie and Reptillus enter the "Arena of Woe", where Trixie is horrified to see Reptillus attack Mason's toys in a gladiatorial combat setting. Soon Woody and Buzz enter the ring. Woody, who is armed with, to Buzz's surprise, nothing more than a red crayon, warns Trixie that Mason has never played with the Battlesaurs and that they don't even know they're toys. Reptillus breaks Woody's crayon and battles both Woody and Buzz till Trixie demands he stop. However, a beast named Goliathon enters and swallows Woody and Buzz. The Cleric deems Trixie an enemy after seeing she has the name of Bonnie on her hand. Trixie escapes the arena to get Bonnie's attention. The Cleric orders Reptillus to stop her. While chasing her, he is shocked to discover the box he came in.

Meanwhile, the Cleric gets Rex, who has been outfitted with remote-controlled robotic arms, to pull Woody and Buzz out of Goliathon. They then discover that the Cleric is the only Battlesaur who knows they're all toys and is determined to make sure the others don't find out so he can stay as their ruler. The Cleric then forces Rex to dispose of Woody and Buzz in a ventilation fan that would shred them.

Meanwhile, Trixie reaches Mason's video game power core, but Reptillus confronts her. Trixie convinces Reptillus of the greatness and importance of being a toy. He turns the game off, getting the attention of Bonnie and Mason, and they go to play with the toys, thus saving Woody and Buzz in time. The Battlesaurs are transformed by their experience with play and settle on a more peaceful existence.

Bonnie's toys head home and they tell the others about their adventure. During the credits, Reptillus says he looks forward to seeing Trixie again.

The special was originally planned to be a six minute short. However, John Lasseter liked the idea and suggested making it into a holiday special.[5] The special took three years to be made,[6] with two years spent on story development.[7] The team took time to design the Battlesaurs as if they were a real cartoon and toy line.[5] The story was made in three acts.[7]

Steve Purcell says he chose to cast Kevin McKidd as Reptilius Maximus because he liked his role in Rome. This choice eventually inspired them to give English accents to all Battlesaurs. According to Purcell "It made it feel even more exotic to an American audience, and it felt like that kind of genre."[8] According to McKidd, the expressions of Reptilius are largely based on his own expressions.[9]

Purcell mentioned that a story element that was ultimately dropped involved a bastion of rebel toys fighting against the Battlesaurs.[8]

Toy Story That Time Forgot has been released on Blu-ray and DVD on November 3, 2015, in honor of the 20th Anniversary of the Toy Story franchise. 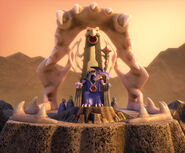 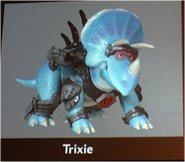 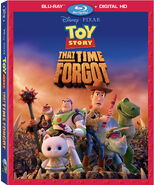 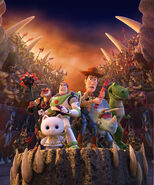 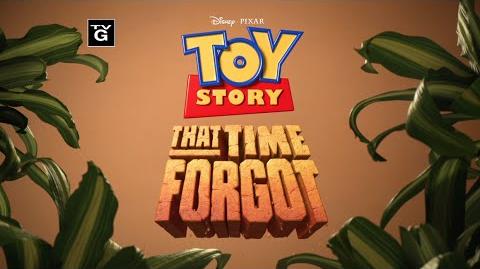 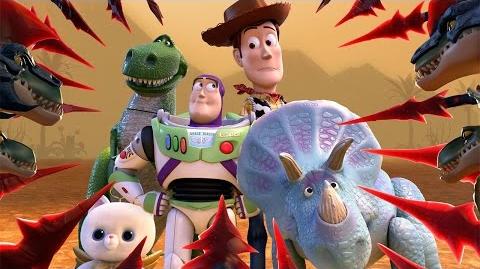