"Growing up is a beast."
—Tagline

Turning Red is an American 3D computer animated coming-of-age film produced by Pixar that was released to Disney+ on March 11, 2022. The film is Pixar's 25th feature film.[1]

Mei Lee is an over-achiever who had just recently turned 13 and considers herself perfect; having mastered her classes as an A+ student, garnered a close clique of like-minded friends which consists of cool-headed Miriam, deadpan Priya, and intense Abby, and is devoted to her family temple which honors her ancestor, Sun Yee, a lover of animals. Mei and her friends are obsessed with the latest boy band 4*Town who are coming to Toronto May 18, according to Abby. While returning home from school, the girls pass by a convenience store and spy on the 17-year-old clerk, Devon. While Mei's friends find him attractive, Mei herself downplays it and passes an opportunity to go out to karaoke with her friends so that she can return home to help her mother, Ming, clean the temple. Her friends are understanding, but believe her of being "brainwashed".

Mei arrives at the temple where she converses with the locals and meets with Ming and her more laid back father Jin. Ming expects a lot out of Mei and, despite her loving her dearly, puts a lot of pressure on her. They open the temple to tourists and afterwards, Mei returns to her studies. While doing her homework, Mei begins to daydream and draw pictures of Devon and finds herself romantically obsessed with him. She tries to hide her journal when Ming comes in to check on her, but upon finding the journal, overreacts and assumes that Devon was trying to attract her. She forcibly drives her to the convenience store to confront Devon and tells her to stay away from Ming while waving her drawings to him; attracting attention from onlookers including Mei's bullying classmate Tyler. Despite being angry and embarrassed, Mei hides her feelings from her mother.

Later that night, Mei has a nightmare involving red pandas and in the morning wakes up to discover that she has turned into a giant one. She hides in the bathroom from her parents; demanding that they not come in. However, Ming, who confuses her exclamations as being the result of menstruation, offers her pads. Ming gets distracted long enough for Mei to return to her room where she learns that when she gets calm, she reverts to normal, though her once raven black hair has now turned a bright orange-red; forcing her to wear a red beanie. Mei keeps a stoic face when Ming drops her off at school and reunites with her friends who inform her that Tyler has spread the incident at the convenience store all over school. Despite Mei's anger, she struggles to hide the panda.

In math class, Miriam grows concerned for Mei and points out that her mother is outside spying on them. Ming gets into a fight with the school's security guard as all the students and Mr. Kieslowski, the math teacher, watch the chaos unfold. When Ming reveals that she came to drop off some pads, Mei finally explodes into a red panda. Ming sees what has happened to her daughter and Mei flees before anyone else can see her. Mei runs through the streets, causing destruction, but also discovers that her reflexes are somewhat heightened. Upon returning to her room in tears, Ming attempts to comfort her, only for Jin to come in and accidentally blurt out "It's happened already!?"; forcing Ming and Jin to reveal their family history.

When Sun Yee's husband went to fight in a war, she asked the gods to give her power to protect her daughters. Under a red moon, she was granted the ability to transform into a giant red panda and managed to protect her home. Since then, she has passed this ability down to her daughters where it has been part of their history ever since. Mei is upset, but Ming reveals that there is a cure. Under the next red moon, which will be May 25, they will perform a ritual to encase the power of the panda, which for Ming is a medallion she wears around her neck. She warns her however that the more she transforms, the harder it will be to encase the power and tells her not to transform.

The next day, Mei hides in her room attempting to control her powers when she hears her friends outside her window. She accidentally reveals herself to them and pulls them into her room while trying to keep them quiet. Her friends, while shocked, are amused by her new appearance. Upset that 4*Town is coming before the ceremony, Mei loses all hope, until her friends go into an impromptu acapella version of "Nobody Like U". Realizing her friends love her no matter what, Mei returns to normal and discovers that she is capable of controlling her transformations regardless of her emotional state. She thanks them and has her parents challenge her to test her emotions. Ming and Jin are impressed, but when Mei asks to go see 4*Town in concert they, or rather only Ming, say no. After Mei leaves dejected, Ming gets a call from her mother, Wu, who saw Mei's rampage on the news and has decided to come over to check on her, much to her worry.

At school during dodgeball practice, all four girls reveal that they were unable to convince their parents to get them tickets as they are expensive. When Tyler begins to mock Mei after they notice that Ming is spying on them, Mei angrily uses her panda powers to toss the ball so hard that it breaks a window. Mei's friends take her to the bathroom where she laments the fact that her mother is always pushing her to be "perfect little Mei Mei" and that she wants to break free. While trying to come up with a solution to get the money for tickets, Abby convinces Mei to transform again. A girl named Stacy, along with her friends, enter the bathroom and catch Mei in her red panda form. Having previously seen her, Stacy is instead in love with her adorable appearance. The girls then get the idea to use Mei's red panda form to make money off of their classmates and thus get the funds necessary to get tickets. Mei hides her personal appearances as the red panda from her parents by pretending to go to a mathletes practice.

While making more merchandise of the red panda, Tyler privately approaches Mei and offers to pay her $200 for her to show up at his birthday party, the exact amount needed for all four girls to get into the concert, and reluctantly agree. Just before Mei is about to leave for Tyler's house, her Grandmother Wu and Aunties arrive, detaining her from the party. Afterwards, Mei tries to leave through the window, but is stopped by Grandma Wu who tells her how dangerous the red panda is and implying that the scar over her eye came from Ming when she transformed. Mei finally manages to escape, but knocks down a photo of herself and her mother.

Mei finally arrives at the party, in a cheap red panda suit and admits to her friends that she is scared of transforming again after what she just learned. Upon realizing that she would be disappointing her friends, Mei finally gives in and transforms; making Tyler's party a success. Back at home, Ming enters Mei's bedroom and sees the knocked down photo and discovers the red panda merchandise and her escape. While relaxing with her friends, the girls hear over the radio that 4*Town is coming to Toronto on May 25, the same day as the red moon. It turns out that Abby misread the schedule and that they would be in "Toledo" on May 18. The news upsets Mei and she transforms. When Tyler angrily demands her to come down and give the other kids rides, Mei violently attacks him just as Ming arrives to witness it.

Ming angrily accuses Mei's friends of influencing her, but when they try to explain themselves, Mei is too scared to defend them. As Ming takes Mei home, she drops her digital pet behind. She returns to her room sad and dejected. While cleaning out the basement, Jin comes across a camcorder that Mei was using to film videos with her friends while using her panda transformation. He approaches her and tells her that he witnessed Ming transform only once when she angrily got into an argument with her mother. The reason being was because of him as Wu disapproved of him, hence why Ming gave Wu her scar. He tells her that she should accept who she truly is.

On May 25, Miriam, Priya and Abby head to the concert by themselves while Mei stays at home with her family to perform the ritual with their neighbor Mr. Gao, who apparently was a shaman on the side. The women chant as Mei's soul heads to a spiritual realm where she encounters Sun Yee who holds a mirror that she must enter to remove the power. However, while going through it, she begins to reminisce on how much being a red panda has changed her life and rejects getting cured. The ritual fails and Mei happily bounces away to the concert in her red panda form. Ming, angered that her daughter would this and breaking her medallion, begins to transform into a red panda.

Mei arrives at the concert and reunites with her friends who are still upset with her. However, Mei notices that Miriam kept an eye on her digital pet and they make up. Tyler arrives, revealing himself to be a fan of 4*Town, and the girls embrace him into their friend circle, and leave him embarrassed. 4*Town comes out, being everything the friends wanted them to be, but the concert is suddenly interrupted by Ming in her panda form who has grown to Kaiju size demanding to know where Mei is. Everyone flees the concert as Mei's family and Mr. Gao arrived, telling Mei that they need to save Ming. Ming furiously grabs Mei and angrily chastises her for disobeying her and being rebellious. Mei admits that she likes who she is and reveals that her friends were never at fault for her decisions; angering her further. During the fight however, Mei accidentally knocks Ming out.

Mei's family and Mr. Gao complete the ritual before the red moon is gone and remove their medallions and pendants to transform into red pandas and chant while helping Mei bring her mother into the ritual circle. Mei's friends get 4*Town to perform to empower Mei and the ritual as a bright light envelopes them. Mei finds herself in the spirit realm again and finds a teenaged Ming who is sad and scared over harming her mother. Mei tells her that everything will be okay as despite how scary it is, things will get better. Ming reverts to adult form as she makes up with Wu and the Aunties as all the women enter Sun Yee's mirror to remove their transformation powers. Mei informs Ming that she will not remove her powers as she has embraced herself for who she truly is. Despite Ming's concern, she is still confident enough to know what Mei is doing.

Following the destruction of the SkyDome, things have gotten better for Mei as she now has a better grasp of her abilities and balances her temple duties with her social life. More people are visiting the temple to see Mei in her red panda transformation, with the merchandise proceeds going to rebuild the Skydome. While Ming is still concerned for her daughter, she respects her more as she goes to be with her friends. 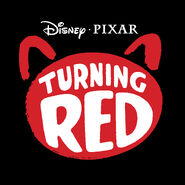 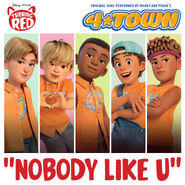