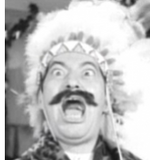 I'm an animation and film scholar and English major who serves as administrator and prolific editor at Muppet Wiki. Since 2000, I've been a key contributor/researcher for Voicechasers. I've been privileged to have my work included in the books Animation Art (2004, entries on Walt Disney's wartime shorts/features, and the Pink Panther) and The Animated Movie Guide (Over 50 film entries, including A Bug's Life, Finding Nemo, and The Incredibles), both edited by noted cartoon historian Jerry Beck.

I've also contributed to the book Kermit Culture (2009, the concluding essay "Muppets and Money"), liner notes to the DVD Cartoons for Victory and the local Plaza Classic Movie Festival, and other freelancing writing, in print and the web (most recently the article "The IBM Muppet Show" for Technologizer.com).

Retrieved from "https://pixar.fandom.com/wiki/User:Aleal?oldid=25936"
Community content is available under CC-BY-SA unless otherwise noted.