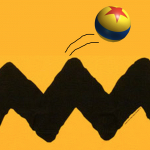 IF YOU HAVE ANY COMMENTS, PLEASE LEAVE THEM ON MY TALK PAGE UNDER "PROFILE"

3. Well, this is the part that changes every few days, so I think it will be a waste of time to change it. 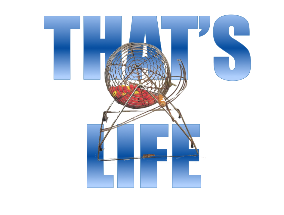 I guess you can say that my life is one of those weird bingo things that randomly chooses the numbers for you.

Every few months, an invisible finger comes and turns the crank, and BAM! I like different things, and sometimes even hate the things I liked before. So here in this section I will post things that I realize as I adventure through the magical bingo game of life. Here is one of the funny things that is in no way related to anything that happened recently:

I like The Office, but they totally copied off Mater the Greater in their episode "Garden Party." Mose (I think it was mose) made a ramp and put a ton of cars in between them, and was about to motorcycle over the cars, when he just ran up the ramp. Instead of flying over the cars, he jumped on the tops of the cars and pretended that he made it, just like Mater did in Mater the Greater. Crazyhead88 16:09, October 16, 2011 (UTC)

When I was watching the DVD of Up, there was a trailer for The Princess and the Frog. I was watching it, and I saw A113 in it, on a trolley car that a young girl (I'm not sure who it was, I didn't see the movie) was riding on. Funny. I guess I hadn't realized that more than just Pixar people go to Cal Tech.

Here's a perfect example of an emotional breakdown:

Now here's the reason I made this category: A breakdown of my username: Crazyhead88. 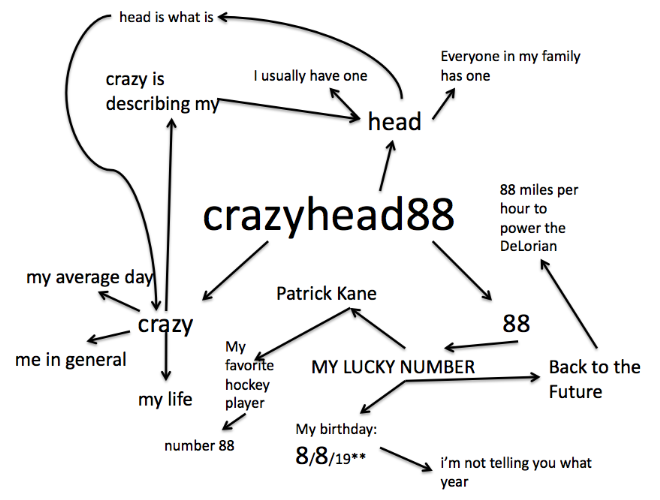 Now it all makes sense. Not that you wanted to know, or anything.

Retrieved from "https://pixar.fandom.com/wiki/User:Crazyhead88?oldid=82494"
Community content is available under CC-BY-SA unless otherwise noted.