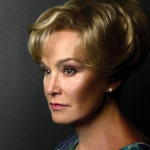 I'm Effluvium, an editor here on the Pixar Wiki.

I've been a fan of Pixar since as long as I can remember. The first Pixar film I watched was A Bug's Life, however, my favourite film is Cars. I also love Cars Toons! I have recently started collecting the die-cast Cars toys, which is great fun!

Aside from Pixar, I'm also a huge fan of Disney (and everything to do with the name!), DreamWorks, and Studio Ghibli, so basically Animation in general. I'm a BIG comics fan (especially DC Comics) and enjoy everything related to superheroes.

Retrieved from "https://pixar.fandom.com/wiki/User:Effluvium?oldid=137884"
Community content is available under CC-BY-SA unless otherwise noted.