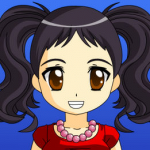 Hi. I'm Kimberly Jordan and I'm from Ft. Washington in the state of Maryland. Since I've watched so many Disney films with some that have to do with Pixar, I realize that today, I've got my three Toy Story films in my house. My first two are in VHS and my third one is in DVD. You know what else I've got? A video spinoff called Buzz Lightyear of Star Command: The Adventure Begins starring the famous space ranger Buzz Lightyear. When my parents and I have seen a film called WALL-E, the title character not only compacts garbage by forming cubes, but also collects interesting items. I wonder if he can put the rubber ducky where the other ones are. A birdcage, maybe? I think PR-T is one of the talkative robots in my life.

Retrieved from "https://pixar.fandom.com/wiki/User:Kimberly_AJ?oldid=146179"
Community content is available under CC-BY-SA unless otherwise noted.