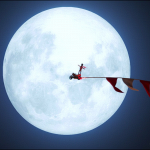 there's a snake in my boot.

I don't own pixar

I think the descriptions for the Toy Story 3 guys looks pretty good. Since that's what would've come on their box, I think it's nice information to have, and the whole quote system sets it apart. -SlashMan 16:47, August 20, 2010 (UTC)

Hey, I can understand that you'd want the title to be capitalized, but in all the official sources I've seen, the name is still spelled Hand-in-the-box. -SlashMan 03:51, August 13, 2010 (UTC)

Sarge's quote appears in its entirety during a deleted scene. I just thought it would say more about the article if his quote was finished. -SlashMan 02:06, July 22, 2010 (UTC)

Hi! You've been doing a lot of great work with quotes. I just added an entry on the Talk:Pixar Wiki page regarding quotes. You may have a different opinion on where they should go on the page so I wanted to bring this up, in case you didn't see my addition to the talk page. I don't want to remove the quotes, I'm just questioning if we should be consistent about where they go on the page. Thanks! --Jeff (talk) 04:05, February 15, 2010 (UTC)

My name is the master...

Hey, thanks for undo'ing some of this guys changes. I've blocked his account. Also, thanks for all the great additions you've done to the site, you've made some great improvements! --Jeff (talk) 16:49, 31 May 2009 (UTC)

Hi, welcome to Pixar Wiki! Thanks for your edit to the Al's Toy Barn page.

Hello, a few hours ago I edited hank from finding dory his page and added the good dinosaur to his appearances and you deleted that. Why? ‘Cause he did appear in the good dinosaur. You want prove? Here it is. Go to 1:06

Retrieved from "https://pixar.fandom.com/wiki/User_talk:MrAkisaurus?oldid=183964"
Community content is available under CC-BY-SA unless otherwise noted.