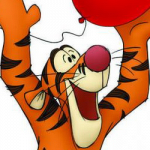 Hello Mr. PixarFan (lol), since it appears that you have the Cars Toons: Mater's Tall Tales DVD, could you write an article for Moon Mater too? --Dragonian King Talk 01:51, November 3, 2010 (UTC)

Hey man, whats up? Ever notice all the knicks and scratches the toystory 3 toys have? Interesting! I got a magazine (3d world September Lostso Edition) which talks all about making the new toystory, and updating the textures while keeping animations, so the characters don't lose their feel. Rileyl 07:18, September 20, 2010 (UTC)

It's because that track and so many great others are on a soundtrack called "Toy Story 3 Crew Soundtrack".

Hey pixarfan, I saw these Toy Story Cards in target yesterday. I actually got a few myself, and they are very interesting. Was wondering if it is worthy enough to be made into a new page, being that the pack features cards with old photos of characters. So placing it in any one movie's merchandise section would be debatable. Should I?

Also, Toy Story hit the one billion mark on Friday. Probably already knew, but might as well spread then news Rileyl 04:00, August 31, 2010 (UTC)

I was wondering if you could help me on why the toy story 3 soundtrack doesn't have all of the dark themes used in the movie. For example, the music used when lotso changes buzz from play to demo.

Thank you for such a nice greeting. I look forward to being apart of this community, and contributing as much as I can.

Also, I would like to apologize ahead of time for anything I may do on accident. This the first wiki I have participated in.

Looks Like I have already made a mistake, by not adding a signature. :)

You're a Mod Now?

I was looking at the recent changes, and I saw the edit summary on Template:Delete, and It looked a Mod edit revision Summary... —LotsoBearLover

It's a staff member, who can revert edits in a special Way to the person who you're reverting, to the person before that. —LotsoBearLover

No it's Ok to do that. —LotsoBearLover

Can you Help Me On My New Wiki?

Thanks For Editing The Claw!

Hey PixarFan, This Noon I made a article about the claw its not a big article but can you please edit it for?

Click Here to Edit My New Article- The Claw

Why are you reccomending we delete the Army page with all the text on it? —LotsoBearLover

I don't think these pages will have enough content to justify having their own pages. And since they're not real characters, I think the page contents should be moved to the real character pages under their own sub-section. I've marked the pages for deletion - do you want to move the page content to the character pages (Rex and Slinky)? Thanks! --Jeff (talk) 12:27, July 11, 2010 (UTC)

I'm still wondering when they are going to announce Wave 3. I hope It has Big baby, Twitch, and Trixie in it!—LotsoBearLover

I'll be sure to ask any questions I ask any. By the way, Did you see toy story 3? I did and I love it.—LotsoBearLover

1. I loved it! I was emotionally pulled into the story, and I loved all of the humor and hidden references in the movie.

3. All from the official Toy Story 3 website. For each new character besides Barbie, there are descriptions for them which would be for the actual toy.

Here's an example for Mr. Pricklepants:

2. Sure, why not? I plan on trying to improve some Pixar Wiki articles, so I guess I'm here to stay. It'd be nice to talk to someone else who loves Pixar!

I am going to go sleep right now, so I guess we should talk later. See you later!

All of the information and images come from the official Thinkways Toys site.

I hope this helps!

Hi, welcome to Pixar Wiki! Thanks for your edit to the Monsters, Inc. page.

Hey, thanks for commenting about these pages. I have blocked that user and if I get time will try to delete these pages. If you have time feel free to add them to the candidate for deletion category. Thanks! --Jeff (talk) 04:42, December 28, 2010 (UTC)

I deleted the miscellaneous crew category. You're right, if we have those pages we should put them in a category. There already is a Crew category that we can use. I have also blocked SitcomLovr (again). Thanks. --Jeff (talk) 20:01, January 29, 2011 (UTC)

Hi i need some advice about thinkway toys toy story toys next week i can get a toy story figure but i'm not sure which one to get i have play time woody and i don't know if i should get Jessie talking cowgirl or Blast off Buzz Lightyear and i actually need an opinion.

Can i change the plot of the hawaian vacation short because i saw cars 2 at 12:00 and i want to add more.

The only reason I asked was because I know how sensetive people are when you edit an are not an admin.

And on the advice topic I think i'll get Jessie because i have the other collection toys but I just want to get the talking cowgirl but i'm still leaving the door open a crack on Blast Off Buzz Lightyear.

And also if you have the toy story collection Bullseye can you ask me if you need batteries and what kind I have not opened it because I got it at like 10:00 last night.

Nevermind I already opened up the TSC Bullseye and I was saying on other wiki's people get real sensetive on not-admins editing.A anyway do you know when the Toy Story 3 was put in production or the idea was thought of or when someone said "Hey lets make a Toy Story 3" because I need to know if Joe Raft had any idea about there going to be a Toy Story 3 movie.My guess it yes because of all the models being re-created in the 21 century and all that kind of stuff but i wanted to check with someone.

On Pixar.com I was reading it but can't find anything but Is there anything were I can show fan work.Is that wrong.

Even if I could, I wouldn't. You have asked Jeff and Ryan already and Jeff had to remind you that Ryan already said no. You haven't made the best of edits, and now your asking the one person left, a chat moderator, yelling at him to make you also a chat mod, let alone an admin? I would think twice before doing that. --Aaron (chat) 22:09, October 8, 2011 (UTC)

I just got your message on the Danial Floyd page. I realize his web page does not mention his work for Pixar Canada but he does mention it in his lecture series, specifically this episode, and I think once more in the second or third season.

I'm not sure how to go about citing that as a source or if it is legit enough for this wiki, but if it doesn't work I completely understand deleting the page.

Sorry for the late reply, my wi-fi had stopped working for a while yesterday. That's alright, the article just needed additional source material and info on Floyd, that's all. --Aaron (chat) 23:22, October 13, 2011 (UTC)

Hey, I love what you guys did with the mainpage for Steve Jobs. I saw this picture on the web and thought it would be cute if you guys used it since it's a Pixar tribute to Steve Jobs with his signature turtleneck.

Totally up to you guys! 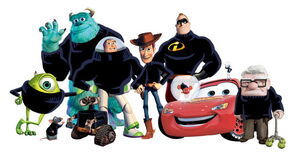 Hello Kate, nice artwork you found there. I was thinking yes, that we should add it to the main page, but it seems one of our admin's already went ahead and added it (as well as linked it to Steve Jobs). I did re-crop it though to exclude the website name at the bottom. Thanks! -Aaron (chat) 23:15, October 13, 2011 (UTC)

Retrieved from "https://pixar.fandom.com/wiki/User_talk:PixarFan?oldid=65652"
Community content is available under CC-BY-SA unless otherwise noted.