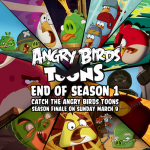 Hi, welcome to Pixar Wiki! Thanks for your edit to the Finn McMissile page.

here is a Cars quote that reminds me of you:

The King: you heve more skill in one lugnut than a lot of Cars have in their whole body.

I am Red Monstersmasher but I was blocked for no reason. I am not a vandalizer and in fact this wiki is one of my favorites. There is no need to be worried if I might vandalize.

I read your messages on RaptorWiki's talk. You have been blocked 'cause you uploaded unneeded photo and you have insulted the admins. You also created a new account.
Cars4ever - Pixar Wiki - (talk) 08:03, August 19, 2012 (UTC)

Accidentally making a normal page when supposed to make a blog

I'm reminding you about that the Cars 3 Home Video blog post you made was actually a normal page, not a blog, due to using the hyperlink on the film template. Next time, use the create blog post button so that this won't cause any trouble. --Lightening McQueen (talk) 22:17, August 27, 2012 (UTC)

I'm here to remind you about that you accidentally made your Cars 3 Home Video blog as a normal page, not a blog. Could you please make it as a real blog post, this time don't use the hyperlink in the film template, use the create blog post button. --Lightening McQueen (talk) 13:08, August 28, 2012 (UTC)

You need to read my other messages above, Storm Brakehill, because of what happened. You need to change your Cars 3 Home Video page into a real blog because you don't know that you actually accidentally made it as a normal page. --Lightening McQueen (talk) 13:15, August 28, 2012 (UTC)

Storm Brakehill, did you read my messages? You still need to sort your Cars 3 Home Video page out because it's been made as a normal page, not a blog. --Lightening McQueen (talk) 13:34, August 28, 2012 (UTC)

Storm Brakehill, did you read my messages about your Cars 3 Home Video blog which was actually accidentally made into a normal page? I need to know, and you need to turn it into a blog post. --Lightening McQueen (talk) 16:57, August 28, 2012 (UTC)

Also, on your Cars: The Series blog, when you were typing the file name, you don't need to type "File:" because on this wiki website, it does "File:" automatically. So you need to fix these mistakes.

I've got some new file names for the pictures so that you can fix them:

NOTE that this wikia website will automatically put in "File:", so don't type it for when you add a photo on Pixar Wiki onto a film template or character infobox or other infoboxes.

I've got the pictures here:

Storm Brakehill, why aren't you replying to my message above and to the new section of your Cars 3 Home Video bonus features? I need to know. --Lightening McQueen (talk) 19:51, September 17, 2012 (UTC)

OK, Storm Brakehill. I understand. And remember that you need to fix the mistakes of these 2 images you put on your Cars 3 characters and Cars: The Series blogs. I've saved the two images with new file names that are below:

Storm Brakehill, you still haven't fixed the mistakes you made with your Cars: The Series and Jason Petrolski images. Here's the new file names of the images, which I have re-saved on my computer:

On this wiki website, you don't need to type File:

And you might have to move your episode list down because part of it is covered by the film/TV template. --Lightening McQueen (talk) 14:58, September 23, 2012 (UTC)

I looked at the file name of the original version of the Cars: The Series logo and it had "File:" twice.

Your Cars 3 Home Video bonus features, which I had saved on a Word document and luckily got them here for you so you can make a REAL blog post of your Cars 3 home video

Blu (which you had put, but this would be 3-Disc Combo Pack, including the DVD, but if you add the Blu-ray Special Features disc, that will make 4-Disc Combo Pack)

So it is good that I copied all of it (and fixed some mistakes) onto a Word document and saved it and put it on here so that you can remember it for when you make a REAL blog post of the Cars 3 home video. --Lightening McQueen (talk) 13:04, October 20, 2012 (UTC)

Good that you'll get your Cars 3 home video blog up soon. It's good that I copied it onto a Word document so you've got it. And remember that you still have to fix the mistakes with your Jason Petrolski and Cars: The Series logos. --Lightening McQueen (talk) 13:04, October 20, 2012 (UTC)

You won my contest on AB Wiki Everything goes BOOM and BABAMStudios (talk) 12:47, October 20, 2012 (UTC)TheBABAMStudios

Retrieved from "https://pixar.fandom.com/wiki/User_talk:Storm_Brakehill?oldid=100371"
Community content is available under CC-BY-SA unless otherwise noted.