"The roads are pretty bad in the Himalayas, so it's good the Yeti mobile can plow through even the highest snow drifts. Always on the look out for stranded motorists, the Yeti mobile doesn't just help dig them out of the snow, he also likes to offer them a delicious snow cone or two while they wait."[1]

He appears in Monster Trucks, Inc. 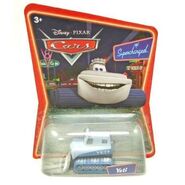 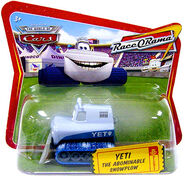 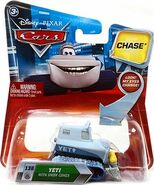 Lenticular die-cast with snow cones.
Add a photo to this gallery

Retrieved from "https://pixar.fandom.com/wiki/Yeti_(Cars)?oldid=191384"
Community content is available under CC-BY-SA unless otherwise noted.